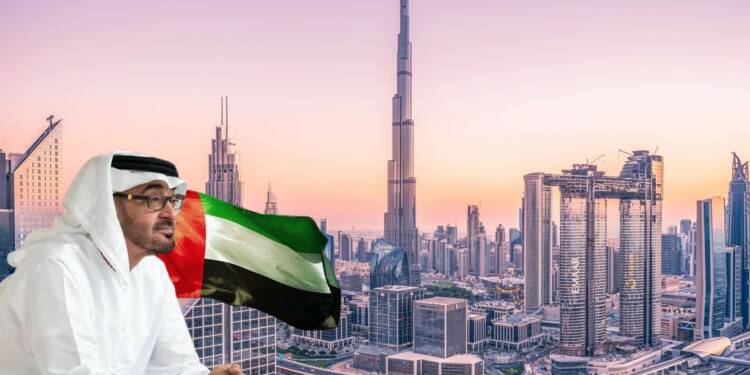 The geopolitical heft of the UAE has risen exponentially and particularly this year. Since the not so subtle exit of the US under the Biden administration from the larger geopolitics of the Middle East and North Africa region, UAE’s Crown Prince Mohammed bin Zayed Al Nahyan (MBZ) is fast turning his country into a regional superpower. While the geopolitical fortunes were already on the rise, UAE is now trying to solidify its hold of MENA’s international trade and logistical services as well as the primer node of trade and commerce.

According to Mohamed Juma Al Shamisi, Group CEO of Abu Dhabi Ports, the company plans to sign international cooperation agreements to explore prospects and alliances in regional and international markets. Al Shamsi told the Emirates News Agency (WAM) that the group’s investments will assist the emirate to strengthen its position as a significant supporter of international trade and logistical services, in line with the group’s five collaborative strategic agreements with Jordan’s Aqaba Development Corporation (ADC).

He also noted that Abu Dhabi Ports Group contributes to the national economy by accounting for 13.7 per cent of Abu Dhabi’s non-oil GDP in 2020, generating over 200,000 jobs in the UAE, and managing 55 per cent of the country’s overall industrial zones.

The strategic partnership agreements signed with the ADC aim to strengthen the UAE’s deep ties with Jordan, as well as support Abu Dhabi Ports Group’s global expansion plans by leveraging Aqaba’s strategic location as a regional hub in the Red Sea to attract tourism from Europe, according to Al Shamsi, who noted that tourists are always eager to visit Jordan’s Aqaba, Wadi Rum, and Petra.

The UAE and Jordan have approximately $20 billion in mutual investments, according to the Group CEO of Abu Dhabi Ports, and future projects will increase the value of Emirati assets in Jordan. “Abu Dhabi Ports Group is committed to strengthening our partnership with leading companies in Jordan and helping achieve their aspirations to reinforce Aqaba’s stature as a regional hub for trade, logistics, transport and tourism. We are confident that these projects are just the beginning of fruitful future cooperation,” he added.

This will not only increase the dependence of international trade and commerce on the UAE, but it will also accelerate the share of the economy that is not dependent on crude oil exports.

AD Ports Group has inked a series of agreements around the region in recent months to boost regional cooperation in the transportation and maritime industries. The company struck an agreement to investigate investment options with the General Company for Ports of Iraq in September. The Egyptian Group for Multipurpose Terminals, the commercial arm of Egypt’s Ministry of Transportation, and the UAE business signed an agreement in November to develop and operate a multipurpose terminal in Safaga Port on the Red Sea.

These speedy agreements and business dealings tell us how serious the UAE is regarding consolidating its position in the Middle East as the fulcrum of trade and commerce. By creating a huge web of partnerships, the UAE will not only be able to become an economy that is not dependent on the export of crude oil; a resource that will exhaust in the near future. Therefore, by taking a head start, UAE is attempting to become the Singapore of the Middle East, a hub of trade and commerce, as well as the technological hub of the region.