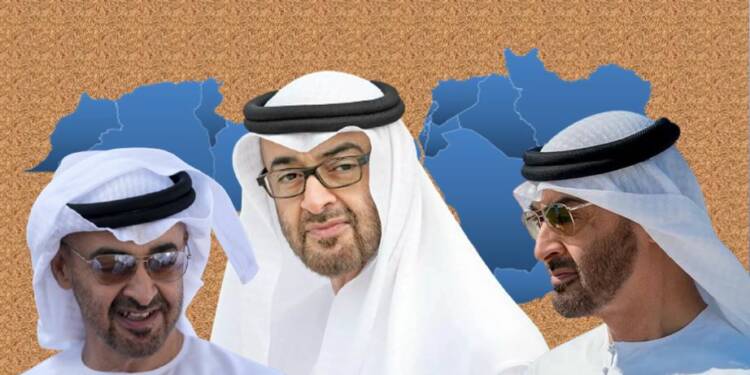 Saudi Arabia has always been revered as the undisputed leader of the Arab world. It is believed that Prophet Muhammad was born here. It’s the place where Islamic civilization started, and Qur’an was revealed. The Kingdom’s current de-facto ruler Mohammad bin Salman (MBS) has rightly carried forward this legacy, leading the Islamic Ummah by portraying his astute diplomacy to win friends, and courage to stand up to adversaries. But today’s geopolitical realities are changing and incipient equations are requiring MBS to play the leading role from behind the curtains.

Joe Biden’s assumption to the White House came as a big setback for the flourishing Saudi-US relations. Biden wanted MBS to pay “a heavy price” for his suspected involvement in the killing of Washington Post journalist Jamal Khashoggi, back in 2018.

In February, the Biden administration released ‘damning’ documents establishing his direct involvement in Khashoggi’s murder. In September, reports emerged that the Biden administration has declassified a 16-page FBI report tying the 9/11 hijackers to Saudi nationals living in the United States, hinting at the Kingdom’s role in the deadly terrorist attack on American soil.

Even today, Biden and MBS are enmeshed in an oil war. American envoys had recently spent weeks trying to convince the Saudis to pump more crude, to tame the raging inflation in the USA. MBS, however, is in no mood to release more oil, only to ease up the domestic situation in the United States. Saudi Arabia has become a champion of diplomacy under the leadership of MBS, through which, it is now improving its relationship globally.

Diplomacy is MBS’ cup of tea. He knows that the growing tensions in the bilateral relations with the US serve no interests for the Kingdom, in the long run. So, he appears to have passed the baton to the Crown Prince Mohammed bin Zayed (MBZ) of Abu Dhabi. The UAE has emerged out as the driver of the Arab world’s foreign policy over the past few months, with the Arab diplomacy getting tremendous success on literally every front wherever the nation has involved itself.

The two biggest achievements of MBZ’s diplomatic manoeuvres have been the warming relations with the Turks and Iranians. The UAE recently established a $10 billion fund to shore up Turkey’s sinking fortunes. Officials say overall investments in Turkey could even go up to $100 billion, if relations continue to flourish. Turkey has already started cracking down on anti-Arab and pro-Muslim Brotherhood voices of Turkey, in its bid to appease the Arab leadership.

Similarly, Iran is looking forward to red-ink its anti-Arab policies and is actively engaging the UAE to bury the hatchet. Iran’s top nuclear negotiator recently visited Abu Dhabi, where the two sides stressed improving and strengthening the bilateral relations. Hence, the UAE is well poised to eliminate the two biggest rivals of the Arab world single-handedly, with its well-crafted diplomacy and astute negotiation skills. MBZ knows how to target the weakest nerve of the enemies, and he is doing exactly this vis-à-vis the UAE’s relations with these two nations, that once aspired of proclaiming a parallel Islamic bloc to rival the Saudi-UAE’s leadership of the Arab world.

Similarly, MBZ’s diplomatic adventures in Libya and Syria have yielded aspired results for the Arab world. Syria’s Assad regime is cherishing ambitions of its re-entry into the Arab League, and it has already started snubbing the Iranians under the auspices of Russian President Vladimir Putin.

In Libya, Arab powers like Egypt and UAE have thrown their weight behind the General Haftar faction (Libyan National Army) against the Turkey-backed Government of Nation Accord (GNA) of Tripoli. Elections are set to take place next month, and Haftar is believed to have popular support among the masses.

Even in Ethiopia, where the Abiy Ahmed government is fighting the US-backed Tigray forces (TPLF), the UAE’s involvement has grown stronger, risking jeopardizing Joe Biden’s plans to ouster the Russia-backed PM.

Also consider Iraq, where the Iran-backed militias were recently accused of life-attempt on the PM. Days after, the UAE’s commander sprung into action and telephoned Iraqi Prime Minister Mustafa al-Kadhimi, where the two leaders talked about boosting ties and advancing cooperation to new heights between the two nations to the best interest of their people.

Don’t be mistaken, MBZ’s diplomatic strides in no way exceed the shared friendly ties of the UAE and Saudi Arabia. The two leaders know their roles well. Biden can’t do much against the UAE’s manoeuvres, considering its geopolitical clout in the MENA (Middle East and North Africa) region. MBS and MBZ have successfully devised a strategy to circumvent Biden’s obstructionist agenda, and that has only strengthened their grip over the shared leadership of the Arab world.