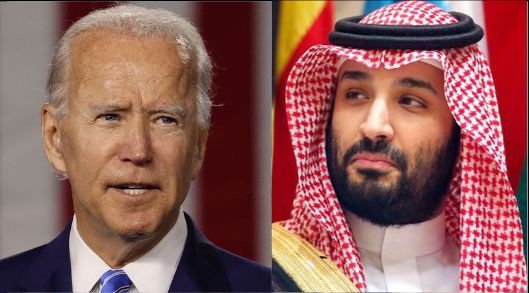 The Biden administration is looking to reset ties with the kingdom of Saudi Arabia. The friendship between the US and Saudi Arabia had grown by leaps and bounds under President Trump’s reign. In fact, Trump had made it a point to ensure that Saudi Arabia’s regional policy towards Iran, Yemen and Turkey is mirrored by America.

In contrast, Joe Biden, during his campaign trail last year, had remarked that his administration would make the Saudis “pay the price, and make them in fact the pariah that they are.” Now, Joe Biden is walking the talk – and the repercussions of the same can be devastating for Americans.

The Biden administration, on Thursday, released what it calls a damning report proving the direct role that Saudi crown prince Mohammed Bin Salman played in the brutal murder and dismemberment of Washington Post journalist Jamal Khashoggi, back in 2018. The report, prepared largely by the CIA and produced by the Office of the Director of National Intelligence has been declassified and viewed by Biden. The incriminatory report naming MBS as the main conspirator of the Khashoggi murder is bound to have detrimental consequences for America.

Yet, it is the Biden administration’s desperation that is leading it to self-destruct ties with the Saudis. It is in line with the larger game-plan of the deep state to mend ties with Iran, alienate Israel and undermine Saudi Arabia’s leadership of the Muslim world. The public release of the report comes as an added snub to the Saudi royal family by the White House, which had earlier said that Biden would speak to nobody from the royal family but the ailing 85-year-old King Salman alone.

This, despite the fact that crown prince MBS has been widely accepted as the de facto ruler of the Islamic kingdom, with day-to-day decisions being taken by him and not his father. The Trump administration, being one which sided with sanity of sorts, therefore communicated extensively with the crown prince. However, 78-year-old Biden is adamant to speak only to 85-year-old King Salman, solely for the purpose of telling MBS who the US’ new administration considers to be in power in Saudi Arabia.

According to the Guardian, the Biden administration is facing calls by human rights activists and Saudi dissidents to “strike a blow” against Saudi human rights violations with new sanctions that they say could help rein in Prince Mohammed Bin Salman.

Now, with the damning intelligence report being released, Biden is clearing the path for validating purportedly upcoming sanctions against the crown prince. Reportedly, the US sanctions could target the personal assets of MBS and also derecognise him as the leader of the Saudi kingdom. To the same effect, national security adviser Jake Sullivan last week said that the public disclosure of the report will be accompanied with “further answer(s)” by the Biden administration.

Nearly three weeks ago, at the State Department, President Biden ordered an end to arms sales and other support to the Saudis for a war in Yemen that he called a “humanitarian and strategic catastrophe.” The Saudis have not been reacting much, but that does not mean they are not being angered by all the haphazard decisions of Joe Biden. In fact, the Saudis have a habit of reacting in the uncanniest of ways – which should worry the Americans to their bones.

The kingdom of Saudi Arabia is the de facto leader of the Muslim world, and Islamists around the world owe their allegiances not to the countries they reside in, but to Saudi Arabia. One would not want to irritate Islamists, who can seamlessly indulge in acts of violence.

Yet, Joe Biden, by raking up the Khashoggi murder and upping the ante against Saudi Arabia, is doing just that. As such, he is playing with the lives of Americans, who will be targeted by Islamists indiscriminately. Biden will be well advised to let bygones be bygones, and not engage in a war his administration cannot win against Saudi Arabia.