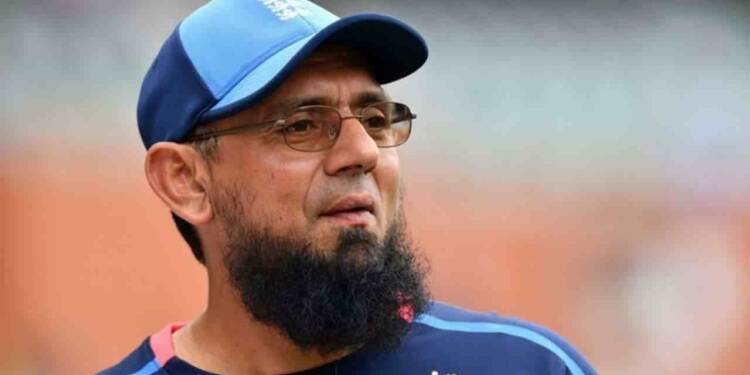 Saqlain Mushtaq is a former international cricketer of Pakistan and cricket coach. In February 2022 he is appointed as the head coach of the Pakistani national cricket team. In this article we are going to talk about the biography, career, notable works, games and family of Saqlain Mushtaq so read the article till the end.

He is also honoured as one of the best spin bowlers in the history of Pakistan cricket. For playing the “doosra”, a leg break delivery bowled with an off-break action he is best known. He was among the fastest player to reach the milestones of 200runs and 250 wickets in ODIs. He is a right-arm off break bowler.

Saqlain Mushtaq is an international cricketer and he played so many games for country, state and clubs this biography article is incomplete without talking about his career. So here you will gain info about his achievements and life story.

In September 1995 Saqlain made his Test debut against in which match was played against Sri Lanka at Arbab Niaz Stadium, Peshawar. In that match he picked up four wickets at an average of 26.75, and taken overall nine wickets in the series from two Tests.

In the year 1999 the highlight of his Test career came in the away series against India, in which he achieved his first ten-wicket haul in a Test match.

In September 1995 Saqlain made his One Day International (ODI) debut in which match was played against Sri Lanka at the Municipal Stadium, Gujranwala.

He was born on 29 December 1976 at Lahore, Punjab, Pakistan. To a government clerk’s house Saqlain was born. His two elder brothers also played first-class cricket for Lahore, and Zulqurnain. For three years Saqlain played for Govt. M.A.O. College Lahore and won the championship award each year.

Saqlain never played cricket at his school level, but when he was only 13 years old, he started playing for Zareef Memorial Cricket Club Second Eleven. At the club level Saqlain Mushtaq was coached by Ahmad Hassan and his brothers. He went to the Govt. M.A.O. College Lahore, at the age of 14 years where he was coached by Mumtaz Akhtar Butt. For three consecutive years he played for the college and won the championship.

In the year 2000 Saqlain was named Wisden Cricketer of the Year. Saqlain Mushtaq was appointed by the ECB as England’s spin consultant for the home series against Pakistan on 28 May 2016. The ECB decided to take Saqlain’s services to prepare England team for the test series against India.

He was appointed as the interim head coach of Pakistan national cricket team by PCB On 6 September 2021, after Misbah-ul-Haq’s resignation from the post. Due to team’s excellent performance under him in February 2022, his contract was extended for a year.

Saqlain Mushtaq runs his academy called ‘Saqi, Cricket Academy and he has his own website which is saqlainmushtaq.co.uk, through which he runs his academy, his academy is based in Leicestershire, UK.  “Saqlain Mushtaq Cricket Academy main aim is to provide children and young adults active, healthy and involved in the wonderful world of cricket. The main objective his academy is to provide international cricket coaching at the grassroots level which in turn will produce match winning cricketers at club, county and district levels.

Net worth of Saqlain Mushtaq is estimated to be between $1 Million – $5 Million dollars. He made such amount of wealth from his primary career as Cricket Player.

We hope this biography article of Saqlain Mushtaq will be helpful for you to understand his journey and works.