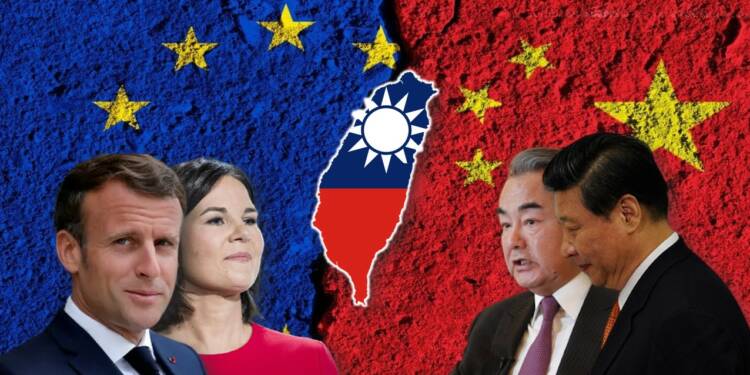 On Thursday (Dec. 29), the foreign ministers of France, Germany, and the United Kingdom spoke by phone with US Secretary of State Antony Blinken, emphasising their support for Lithuania as it confronts China’s threats. In addition to this, Taiwan’s Ministry of Foreign Affairs (MOFA) declared on Friday (Dec. 30) that it will assist Lithuania in shifting its market away from China and expanding the security of its supply chain with democratic partners.

While these are in themselves very positive developments, there is larger geopolitics at play. For the large part of the last decade, China was able to play with the European Union, as it was successfully able to influence the policies of the EU by weaponizing its 17+1 alliance with Eastern European governments.

However, now with the exit of Angela Merkel and changed geopolitical realities, the EU has reversed the game and instead has weaponised the Taiwan issue along with the human rights situation in Tibet, Xinjiang and Hong Kong to defeat China in its own game. In this regard, a disgruntled Chinese Foreign Minister Wang Yi has laid out Beijing’s frustration.

Wang Yi, in an interview with Xinhua News Agency, said that it is hard to imagine that on one hand, Europe seeks to build a comprehensive strategic partnership with China, and on the other hand, it defines China as a systemic rival. This heartfelt cry has come out as the European Union has decided to exact its revenge on China for attempting to divide the EU and monopolise its influence in the continent.

China FM Wang Yi: "There seems to be some kind of 'cognitive split' in Europe's China policy…On the one hand, it has established a comprehensive strategic partnership with China and on the other hand, it has positioned China as an institutional opponent."https://t.co/nCqnNU6WDh

This year, the European Parliament put a halt to the approval of an investment treaty with China until sanctions against EU politicians were released. China’s penalties were retaliation for Western sanctions on Chinese officials suspected of mass detentions of Muslim Uyghurs in western China. In addition to this, the new leadership in Germany has sharpened its diplomatic knife and is ready to carve the Chinese Communist Party into shape.

EU on an offensive against China with new German leadership

The effects of former German Chancellor Angela Merkel’s exit have led to a sudden turn of events. And now Germany and the EU, which is heavily influenced by Germany, have decided to dump China, and embrace Taiwan. Germany has dropped another bombshell on the Chinese Communist Party (CCP).

At the same time, the EU has also adopted an equivalence system for Taiwanese COVID-19 certificates, signifying increasing cooperation.

The change in German policy is being powered by Annalena Baerbock, Germany’s new Foreign Minister. She has demanded that universal human rights be incorporated in any economic agreement between the EU and China and are hell-bent on making Chinese human rights violations a central part of Berlin’s foreign policy.

While on the one hand, the EU, as well as Germany, are proposing close economic cooperation with China, it has also decided to embolden Taiwan and Eastern European governments that are overtly critical of the Chinese Communist Party. In a ‘Coalition Agreement’ signed by the new German government, it has been laid out that China will be treated as a “systemic rival”.

European Union has instead taken a leaf from the CCP’s booklet. Just like it had weaponised the difference between East and West Europe, it is weaponizing China’s obsession with the One China policy as well as its insecurities concerning Taiwan. The overall economic and political support that the EU has put behind Lithuania, itself proves the point.

With the backing of the EU, the Lithuanian government is considering an aid package worth 130 million euros ($147m) to support businesses impacted by the Baltic country’s spat with China. This financial backing in itself negates the adverse impact of any Chinese trade sanctions. However, it is not just the EU, but Taiwan has also come into economically back Lithuania.

Joanne Ou, the spokesperson for Taiwan’s Ministry of Foreign Affairs (MOFA), applauded the Lithuanian foreign ministers’ moral courage and the country’s commitment to democratic norms. She urged other democratic countries to rally behind the Baltic nation.

As the Chinese Communist Party has been trying to punish Lithuania and make an example out of it, Taiwan has stepped up to support its Baltic ally. According to a Taiwanese envoy, Taiwan is planning to establish a semiconductor task force for Lithuania as the two democracies strengthen their connections in the face of China’s economic and political coercion.

By making Lithuania a hub for semiconductor chip production, Taiwan will create a supply chain behemoth that can cut short the time of already dying Chinese Belt & Road Initiative’s efforts in Eastern Europe. It will also make sure that realising the economic benefits, other Eastern European countries join Lithuania in closer ties with Taiwan, the example of Czech Republic is already a shining example.

European Union, by supporting close cooperation with Taiwan has reversed the diplomatic games that China was playing for years. It has now brought the fight to China’s backyard by putting its weight behind Taiwan and by increasing its criticism of CCP’s human rights record. The influence of CCP in Eastern Europe is being snatched away by Taiwan and at the same time, European Union is normalising throwing One-China Policy into the bin. Now that is what you call defeating the paper dragon in its own game.