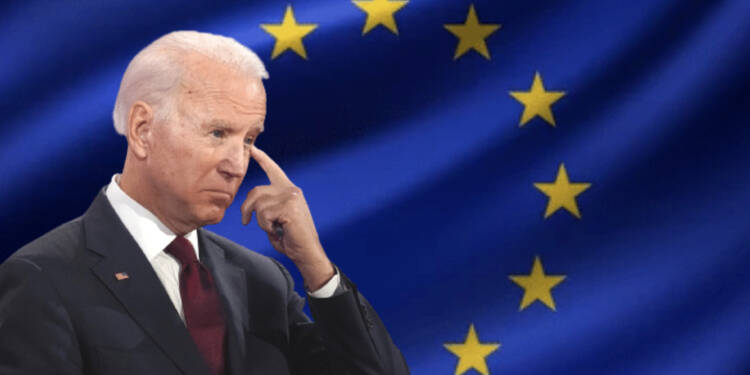 Europe is dangerously short of natural gas. The surge in prices has driven up inflation across the European Union. The EU has so far blamed Russia for orchestrating this gas crisis in Europe. But now, the EU has found its new target in Joe Biden. After all, it was the 79-year-old US president who had pressed the EU to undertake this perilous journey of doing away with non-green sources of energy.

In June this year, the EU pledged to become climate-neutral by 2050. And this has aggravated the EU’s energy crisis over the past year. For instance, Polish Prime Minister Mateusz Morawiecki last year had blamed the EU’s green climate policies for the rising gas prices. And a few months later, the EU has now realised that it is running against the time in its quest to please Joe Biden.

Nuclear and gas— looks pretty green to the EU

A France 24 report has now revealed that the EU is planning to label energy from nuclear power and natural gas as “green” sources for investment despite internal disagreement over whether they truly qualify as sustainable options. If this proposal is backed by a majority of the EU states, it could become law next year. This means that EU countries would be allowed to use gas and nuclear energy for meeting their energy demands despite opposition from the US.

France is leading the charge for nuclear power. In 2020, nuclear energy accounted for 70.6 percent of France’s total energy production. So, shifting to non-nuclear and green sources of energy would be an arduous task for the French government.

Similarly, doing away with gas is a costly business for smaller and poorer nations of the EU. Fossil-reliant countries in the EU’s east and south have shown no willingness to reject gas resources altogether. The draft proposal says, “It is necessary to recognise that the fossil gas and nuclear energy sectors can contribute to the decarbonisation of the Union’s economy.”

The EU’s internal market commissioner Thierry Breton is also echoing support for nuclear energy. He said the bloc will need to double its overall electricity production over the next three decades and that “is simply not possible without nuclear power”.

A setback for Joe Biden

So, how is this humiliating for Joe Biden? Well, Joe Biden wanted the EU’s support in brushing off the carbon-emitting energy sources. It could have served two purposes for the American president. On one hand, it would come as a setback for the Russian economy as the EU imports tons of natural gas from Russian suppliers.

On the other hand, it would have provided some legitimacy to Biden’s leadership on the green climate agenda. The US president even held the Glasgow summit last year to proclaim himself as the torch-bearer of the green agenda and pressed the EU to pledge for more contributions and sacrifices. But now it looks like the EU has had enough of Joe Biden’s diktats. Pleasing Joe Biden at the cost of poor lives is not something the EU approves of.

The message is clear— not the US, Europe is a priority for the European Union. It will shift away from fossil fuels at its own will and on its own terms. Unlike the current US administration, the EU does care for its citizens. It won’t let them die under the burden of back-breaking inflation and the burgeoning gas crisis. It won’t leave its people to fend for themselves just to help Biden materialize his anti-Russian ambitions. Simply put, the EU is saying, “Let’s go Brandon.”