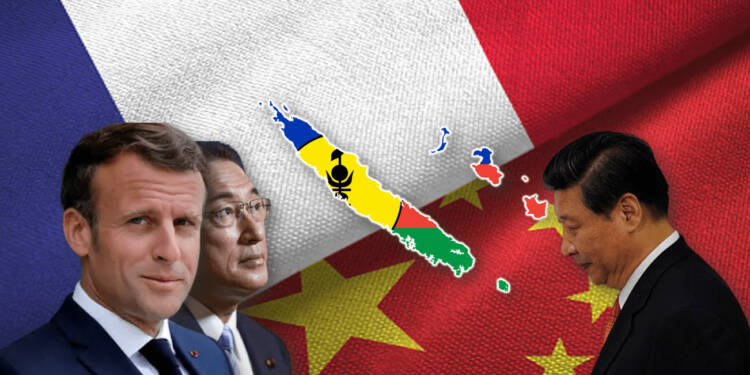 With China, you can never be sure. Even if you fend off any Chinese plans to create insurgency in your territory, you never know what Beijing might do next. It may use its fishing militias or other apparatus to create trouble, or even use intimidation tactics to grab your territory. Take New Caledonia for example. France has won all referendums in its overseas territory located in the South Pacific. But now it is looking to completely sanitize the territory by bringing in the Japanese and a perceived plan to kick the Chinese out of New Caledonia.

Japan is reaching out to Pacific Islands and other territories in the South Pacific, in a bid to contain the Chinese presence.

And this is where New Caledonia comes in. Japan is set to open a consulate in the French overseas territory of New Caledonia.  The Yomiuri newspaper quoted an official as saying that this seems to be a part of Japan’s strategy of improving its security ties and military cooperation with Paris.

Earlier, Tokyo had also offered economic assistance to French-controlled territories in the region, such as New Caledonia and French Polynesia.

Shigemura added, “Japan’s Self-Defence Forces have started to work more closely with French military units in the Pacific in the last year or so and New Caledonia is an important base for the French in the region.”

France has been already bolstering its control in New Caledonia.

Last month, New Caledonia voted overwhelmingly to remain a part of France. Over 90 percent of the islanders voted in France’s favour.

This was the third and final referendum in the French-controlled territory. In the year 2018, France won the first referendum with 56.4 per cent votes. The second referendum held last year also resulted in a French victory, with 53.26 per cent votes.

Why France and Japan are cooperating on New Caledonia

You might wonder why Paris and Tokyo are joining hands over New Caledonia. I mean France has secured the archipelago nation, located strategically only 1,200 east of China’s regional rival- Australia. So, why should France want Japanese support in this part of the world?

Well, don’t forget you are fighting with China. The evil power has no moral compass of its own. If it wants, it will start using unfair means to get a hold over the archipelago despite three successive French victories.

Shigemura said, “There have been suspicions that China was helping to support the independence movement [in New Caledonia] because a new government there could be an opportunity for Beijing to further increase its influence in that part of the Pacific.”

So, France may have won the referendums in New Caledonia. But the battle for the nickel-rich archipelago continues. China will play all its dirty tricks including economic coercion and attempts to instigate separatism. But the Japanese are here and they are all set to drive Chinese influence far out of New Caledonia.