New Caledonia votes overwhelmingly to remain French. China ends up with eggs on its face 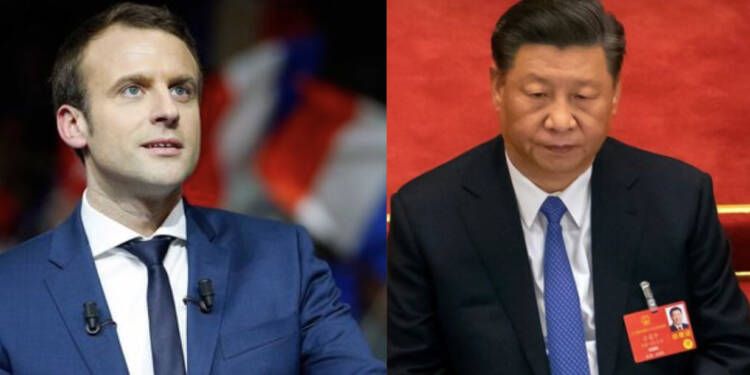 China has lost a key battle against France. The Communist nation had put all its diplomatic capital at stake in order to get New Caledonia to declare independence from France. However, New Caledonia has decided to stay with France in a decisive referendum held on Sunday.

The referendum that took place on Sunday posed a question to 1,85,000-odd voters- “Do you want New Caledonia to gain full sovereignty and become independent?” This was the third referendum in a series of three such votes fixed by the 1998 Noumea Accord.

The third and final referendum in New Caledonia was turning out to be a crucial event. In the year 2018, France won the first referendum with 56.4 per cent votes. The second referendum held last year also resulted in a French victory, with 53.26 per cent votes.

It wasn’t as if Paris secured landslide victories in the last two referendums. As such if New Caledonia had voted in favour of independence this time around, then China could have used the opportunity to shore up its influence in the archipelago nation located only 1,200 km east of Australia.

However, out of the 90 percent of ballots that were counted, 96.32 percent of voters had voted “No” to independence, making it clear that New Caledonia does not want to severe itself from France.

The pro-independence groups have protested against the referendum verdict and said that they wanted the voting to be postponed to September, arguing that “a fair campaign” was not possible with high coronavirus infection numbers.

However, there are no major questions regarding the free and fair character of the voting. French President Emmanuel Macron even avoided taking sides in the referendum debate in a show of neutrality and made it clear that his role was only to ensure that the vote “takes place in the right way and in the right conditions.”

New Caledonia is home to about 10 per cent of the global reserves of nickel, an important raw material used in making stainless steel, batteries, and mobile phones. Beijing was, therefore, looking to shore up its influence in the archipelago in order to usurp all of its nickel resources.

China was trying to gobble up New Caledonia, for which removing France from the archipelago was a sine qua non. China had tried to spread its tentacles to New Caledonia, by monopolising sales of nickel from the French territory. Xi Jinping made it a point to ensure that the French territory got most of its funding through nickel sales to his country.

In 2018, New Caledonia’s exports to China totalled US$1.06 billion. With this, China tried to match up to French influence in the archipelago as Paris extends an aid of US$1.5 billion to the former penal colony on an annual basis. For China to export almost as much as France pays to the archipelago on an annual basis suggested that Beijing wanted to buy out New Caledonia.

However, New Caledonians have refused to sign Xi Jinping’s sale deed, and Macron has, therefore, managed to contain Chinese influence in the French overseas territory.

The New Caledonia referendum- the success of the “Paris-Delhi-Canberra axis”:

Notably, during the 2018 referendum in the French archipelago, President Macron had warned that China was “building its hegemony step by step … a hegemony which will reduce our freedom, our opportunities” in the Pacific. During the same trip, Macron had taken a stop in Australia where he pointed out the need for a “Paris-Delhi-Canberra axis” while adding that it was “absolutely key for the region and our joint objectives in the Indo-Pacific”.

For Macron to talk about a “Paris-Delhi-Canberra axis” made a lot of sense because China’s New Caledonia outreach did have a China angle to it.

French international relations analyst Bastion Vandendyck said, “If the French safeguard disappears, all elements would be in place for China to establish itself permanently in New Caledonia.” Vandendyck added that other nations in the region, such as Fiji, Vanuatu, the Solomon Islands, and Papua New Guinea, had already become “Chinese satellites”. He further explained, “All China needs now to complete its pearl necklace on Australia’s doorstep is New Caledonia.”

So, Xi was looking to surround Australia from all sides, by building by influence in surrounding islands and mobilising the People’s Liberation Army (PLA) assets in Australia’s vicinity. However, New Caledonia continues to function as a crucial French outpost that counterbalances growing Chinese influence in the region. France’s victory in the third and final referendum in New Caledonia is, therefore, not just Macron’s victory, but it is the victory of the “Paris-Delhi-Canberra” axis.

There are similar wherever you are, be all there quotes