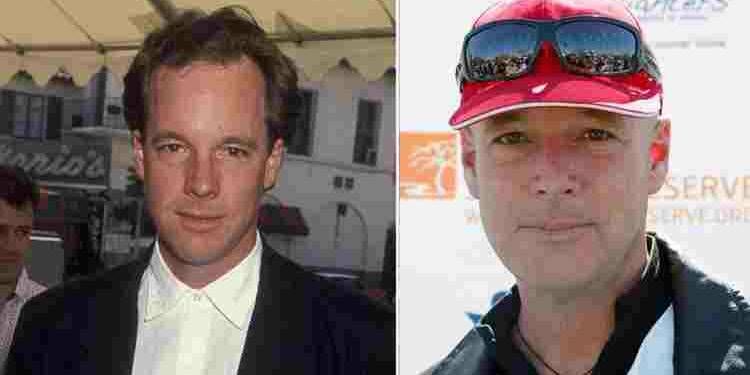 David Mickey Evans is an American film director and screenwriter who was born on October 20, 1962. His films frequently feature children and the obstacles they face as they grow up. Evans, who is a baseball lover, directed and co-wrote The Sandlot (1993).

He has written more than 40 films and directed more than 15. His films have captivated an entire generation of moviegoers, and they continue to do so with each new generation of children and families.

Despite being a creator of many beautiful films David Mickey Evans is not very popular on social media and his twitter (@DMESandlot) account only has 2k followers. He joined twitter in 2013 and follows 83 people as of 2021. The reason behind his unpopularity on social media might have been his inactivity. On his twitter account he has provided a link to his blog where one can see his works on films.

Evans was born in the Pennsylvania town of Wilkes-Barre in 1962. He relocated to Los Angeles for college in 1980. He earned a bachelor’s degree in film from Loyola Marymount University in 1984. He began his career penning action thrillers, but in the 1990s, he found his calling making family pictures that appealed to adults, children, and reviewers alike.

By the late 1990s, Evans’ fame had faded, with films like First Kid and Ed flopping both critically and financially. With After School Special, Evans shifted to more adult-oriented humor and material, but he didn’t fare much better. He’s written and directed a number of made-for-TV and direct-to-DVD films since then, including The Sandlot 2, the sequel to the popular film The Sandlot.

During the late 90s period, he became one of the highest-paid screenwriters, selling screenplays to both Radio Flyer and The Sandlot for almost $1 million each.

David Mickey Evans was supposed to direct Radio Flyer, but because of his inexperience, he was replaced by Richard Donner. Following unsatisfactory test screenings, reshoots were required, and the film’s budget was increased from $15 million to $30 million. More fantasy sequences involving a worm man and zombies were planned in the original script, but when Evans was replaced by Richard Donner, these plans were shelved. The Sandlot earned far more favorable reviews and performed significantly better at the box office than Radio Flyer, which received largely mediocre reviews from critics.

Some of his films

As a writer, Director and producer David Mickey Evans made many films. Some of them are as follows.

Screenwriter, director, and producer David Mickey Evans Evans studied cinema and screenplay at Loyola Marymount University and graduated with honors. He became Hollywood’s highest-paid screenwriter shortly after graduating from college, setting records with the sale of his first two scripts, Radio Flyer and The Sandlot, which both sold for over $1 million.

The Sandlot is widely regarded as the greatest baseball film of all time. It has sold over 15 million DVDs worldwide, and it, along with The Sandlot 2 (which Evans also wrote, directed, and narrated — and is the most successful direct-to-DVD live-action family picture of all time), continues to receive major airtime around the world.