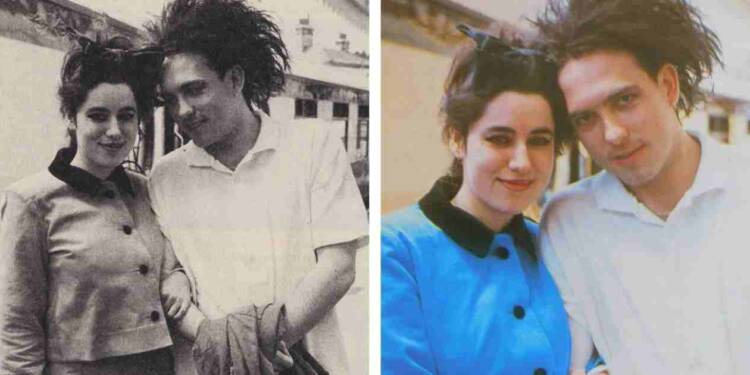 Mary Poole is most known for being the wife of Robert Smith, an English singer, musician, composer, and record producer. He is best known as the lead singer, principal songwriter, and co-founder of the British rock band The Cure. Mary Poole was born on 3 October 1958 in England, United Kingdom, and is 62 years old as of 2021. Her birthday is on October 3rd, and her zodiac sign is Libra.

Mary began her profession as a model before transitioning to nursing impaired and special children before quitting to support her husband’s career. Mary Theresa Poole was born in the United Kingdom.

Net Worth of Mary Poole

As of 2021, Mary’s net worth is predicted to be $30 million dollars. This includes her property, funds, and earnings. Her job as a celebrity wife is her main source of income. Mary Poole has amassed a large wealth from numerous sources of income, yet she likes to live a humble lifestyle.

Mary Poole is blissfully married to Robert Smith, his wonderful husband. In 1988, the couple exchanged vows. The pair has not revealed whether or not they have children in public. Mary Poole, Robert Smith’s wife. They’ve been married for 33 years after meeting in a theater class when they were 14 years old.

Robert James Smith is an English singer, songwriter, musician, and record producer who was born on April 21, 1959. He is most known for co-founding the rock band The Cure in 1978 and serving as its main singer, guitarist, principal songwriter, and sole continuous member. From 1982 to 1984, he was the lead guitarist for Sioux Sie and the Banshees, and in 1983, he was a member of the short-lived band The Glove.

Smith is recognized for his guitar playing style, unusual voice, and dress sense, with the latter—a pale complexion, smeared crimson lipstick, black eyeliner, a disheveled nest of wiry black hair, and all-black clothes—having had a major influence on the 1980s goth subculture. As a member of The Cure, he was inducted into the Rock and Roll Hall of Fame in 2019.

Robert James Smith was born on April 21, 1959, in Blackpool, the third of Rita Mary (née Emmott) and James Alexander Smith’s four children. His father sang and his mother played the piano, and he grew up in a musical family. He was raised as a Catholic but eventually converted to atheism. His family moved to Horley when he was three years old, and he attended St Francis’ Primary School.

His family relocated to Crawley when he was six years old, and he attended St Francis’ Junior School. From 1970 to 1972, he attended Notre Dame Middle School, and from 1972 to 1977, he attended St Wilfrid’s Comprehensive School. As children, he and his younger sister Janet took piano lessons. Follow us on twitter for more news and daily updates: @tfiglobal