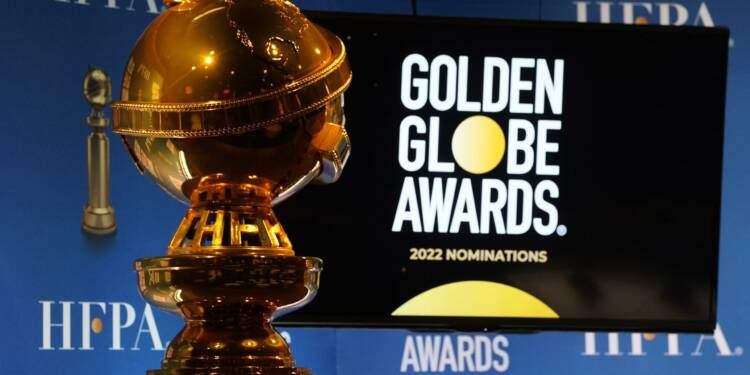 The Golden Global Awards, one of the biggest award shows in Hollywood, has been reduced to an untelevised award show. Previously it used to draw around 18 million television viewers, but this Sunday night on its 79th edition, the show was reduced to more like a live blog show.

The award show, organized by HFPA (Hollywood Foreign Press Association) went on without any telecast, nominees, red carpet, host, press or even a Livestream. Instead, the award ceremony took place in quite an interesting manner. The names of the winners of films and television were announced on HFPA’s social media feeds by the members of HFPA, as they gathered for a 90-minute private event at the Beverly Hilton Hotel.

Some other winners were Andrew Garfield for “tick, tick…BOOM!” Nicole Kidman for “Being the Ricardos” and Will Smith for “King Richard”. Also, the best non-English language motion picture award went to the Japanese film “DriveMy car” and the best animation went to “Encanto”.

The best-limited series award went to Barry Jenkin’s “The Underground Railroad”. Also, the “Pose” star Michaela Jaé Rodriguez became the first transgender person to win a Golden Globe Award. There was a complete absence of winners from the event and there were no instantaneous reactions from the winners of the awards. None of the winners immediately commented on their awards.

It was Ricky Gervais who started hosting the award show in 2010 and immediately became popular for his jokes and commentary on the Hollywood elites. He didn’t fear to bruise the egos of Hollywood stars. His mocking of the Hollywood stars at the event was not hugely offensive but made the event excitingly awkward and subversive.

Gervais continued his hosting style for quite some time but had to tone down a bit in 2012. For the year 2013 to 2015, he was replaced by Tina Fey & Amy Poehler as the hosts but returned to the awards for just 2016 and again made the Hollywood celebrities uncomfortable with his hosting style and jokes. He received much backlash on Twitter for his hosting and made the world talk more about the Golden Globe Awards.

Apart from Gervais, there are several other reasons like the controversy about the Los Angeles Times exposé, where the media house accused HFPA of lack of diversity in its voting membership and said that the organisation did not have a single black member. HFPA was also accused of ethical lapses in its business conduct.

Also, NBC, which telecasts the show, decided to drop the awards ceremony from its schedule. It is quite evident that Ricky Gervais along with several other controversies must have been the reason behind HFPA’s decision to organize the award in a private event and announce the winners on social media feeds.