China vaporized its 10,000 critics from foreign soil under Jinping’s tenure 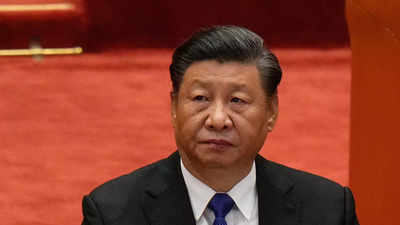 Chinese President Xi Jinping has a secret dictionary of his own, and it is quite different from the dictionary that you use. If you are kidnapped by someone and confined somewhere, you wouldn’t call it ‘voluntary’ right. Guess what, Xi Jinping thinks that it is a voluntary act.

In 2014, China launched Sky Net and Fox Hunt operations, a campaign to hunt “fugitives” across the world as a part of Xi Jinping’s so-called anti-corruption campaign. 10,000 fugitives have been hunted till now. So, what does China do to bring back fugitives? Extradition proceedings? No, that’s too mainstream for Chinese authorities. They kidnap the so-called fugitives or jail their families or intimidate them into coming back and then call their return ‘voluntary’.

According to Safeguard Defenders, a Madrid-based human rights group, “Since its launch in 2014 as part of Xi Jinping’s anti-corruption campaign, 10,000 are claimed to have been successfully returned from over 120 countries around the globe under Sky Net (and junior partner Fox Hunt) operations.”

The return of “fugitives” peaked in 2019, when 2,041 of them were repatriated by Chinese authorities. Even after the Pandemic, China has continued its operations with 1,114 repatriations being reported by China’s National Supervision Commission (NSC).

Involuntary returns passed off as voluntary

Safeguard Defenders dug deep to find out the level of brutality in China’s laws for bringing back “fugitives”. The fifth category of Article 52 of China’s National Supervision Law (2018) states-

There are two common ways:

(1) kidnapping, which means using the methods of kidnapping to arrest fugitives back to the country;

China literally passes off methods like kidnapping targets and jailing their families back home as “voluntary” returns of “fugitives”.

China has managed to play down involuntary repatriations significantly. It still seems pretty objectionable with a total of 10,000 returns from across the globe, but the reality may be even more fearful.

Moreover, China is only talking about corruption cases and economic offenders. It isn’t even referring to overseas dissidents and human rights defenders, which is known to have repatriated from countries like Thailand and Myanmar.

Countries must protect their national sovereignty and individual rights

China’s foreign operations and cross-border kidnappings are a real cause of worry. With its operations extending to 120 countries, a large part of the world is actually affected by “voluntary” repatriations being enforced by Xi Jinping.

Countries like Australia, the US and Canada are the worst affected. These countries are ideological enemies of China and are often engaged in repatriation disputes with the brutal Chinese regime. So, China has decided to literally invade their sovereignty and kidnap individuals from their territories.

However, China simply cannot be allowed to get away with trampling upon sovereignty of other countries and individual rights of overseas residents. It must face sanctions for its rowdy behaviour and other penalties that inflict damage upon the Chinese regime.

Raper V Roy and his legacy, Biography and Career