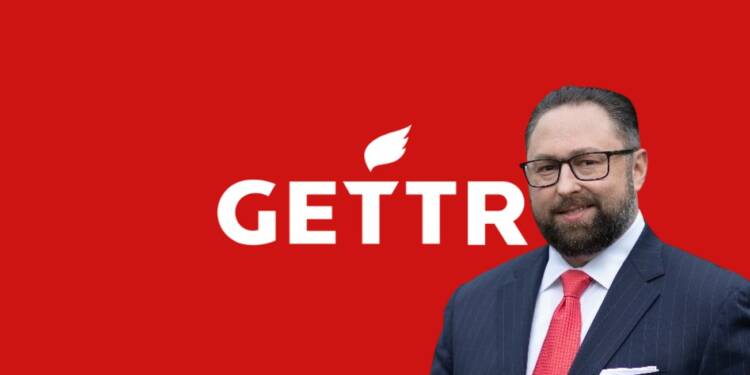 Joe Rogan announced his entry into GETTR, a social media competitor to Twitter, in the first week of 2022. Many people were persuaded to sign up for GETTR after Rogan’s announcement, which coincided with the suspension of Marjorie Taylor Greene and Dr Robert Malone from Twitter. However, in the storm, everyone has not been able to observe another interesting development.

Many of the intellectuals who led the Intellectual Dark Web some years back have also joined GETTR. And given the current need for a coherent and articulated voice to counter the anti-free speech propaganda by the left-wing Cabal in the US; this can turn into a very significant development. If these patterns continue then GETTR could soon turn into a platform for the second coming of the Intellectual Dark Web in a new avatar.

In an opinion piece, GETTR CEO Jason Miller addressed the current state of free speech in the United States. According to him, Big Tech corporations that formerly prided themselves on supporting the free flow of information and their dedication to liberal democracy are now routinely suppressing users and content. Platforms that had the capacity to hold governments responsible have now turned into the government’s speech enforcement arm. An industry that promised to revolutionise the media environment has become enmeshed in it.

Also read: The Joe Rogan Effect on Mainstream Media and why MSM may never recover from it

Dr Robert Malone, who contributed to mRNA vaccine technology, was banned from Twitter at the end of December for his criticisms of coronavirus vaccines. Malone then featured on “The Joe Rogan Experience,” Joe Rogan’s hugely popular podcast. Clips of the interview were instantly banned on social media platforms. GETTR, a new social media network that defends free expression, as suggested by Dr Malone as an alternative to the Silicon Valley behemoths throughout the conversation.

Following these events, Rogan stated on January 2 that he had made an account on GETTR, which resulted in an influx of new users. On that one day, more than 171,000 people signed up than on any other day since GETTR started on July 4, 2021. Rogan and GETTR are disruptors of the traditional news and social media environments, which is a positive development regardless of who is disrupting. However, Joe Rogan had provided a platform for intellectuals like Jordan Peterson, Bret Weinstein, Sam Harris, Ben Shapiro among others. And now GETTR can turn out to be another platform for these intellectuals to theorise and articulate potent arguments against the ever-increasing censorship style social system that is prevailing in the US.

According to IDW, the American left’s obsession with enforced diversity, intersectionality, and “political correctness” has infected higher education with an authoritarian culture of censorship, suppressing unpopular ideas on race, sex, and gender. They claimed that this phenomenon was “tearing American society apart.”

Two of the main voices of reason Jordan Peterson and Bret Weinstein have already joined the platform. In addition to them, politically liberal voice such as Tulsi Gabbard has also joined the platform. Among many of what was called the part of the Intellectual Dark Web are now part of the GETTR platform, and as the US government and their Canadian counterparts continue to attack the right to freedom of speech and conscience, these intellectual voices on a correct platform can provide a solid philosophical backbone to the fight against left-wing totalitarianism.

Last year, the IDW used ivermectin as a front in a long-running battle over free speech, with members and fellow travellers enthusiastically advocating studies, science, and facts while wondering why anyone wouldn’t be allowed to discuss them. Why would somebody be de-platformed and censored for expressing divergent scientific opinions?

This question can be articulated in an immaculate manner if all these IDW thought leaders come together. And although they have divergent views on many issues, they all together on the free platform like GETTR can consolidate the counter-narrative for the overarching state that the left is creating.