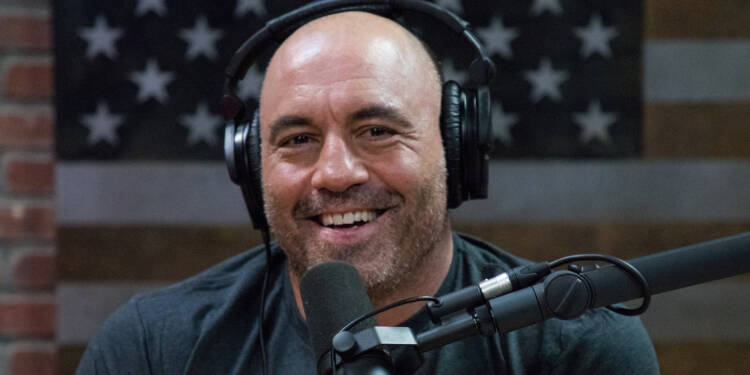 You’ve all heard of Joe Rogan, right? I bet you hear and watch his podcast, ‘The Joe Rogan Experience’ regularly. And why wouldn’t you? He has quite literally swallowed all of the Biden administration and mainstream media’s lies at one go. Joe Rogan was not always a journalist, media-critic or political analyst. You see, the complete apathy of American mainstream media has made the man embark on a mission to tell Americans the truth. He merely states the facts with obvious level-headed observations that always make the liberal camp come crashing down.

His style, delivery and authenticity of the facts put out have earned Rogan many conservative fans, surely; but the man is also a rage among American centrists and moderate Democrats. Joe Rogan has emerged as one of the most influential figures in the American media, with his podcast surpassing the viewership statistics of the likes of Tucker Carlson Tonight, Fox News and CNN.

As of today, The Joe Rogan Experience reportedly reaches an average of 11 million people per episode. Beating Tucker Carlson is no small feat. The Fox News journalist is a sensation in the U.S. himself. But ratings of Tucker Carlson Tonight, according to Nielsen’s 2021 Q3 Media Ratings, are a distant second, at 3.24 million listeners each episode. Meanwhile, Fox News Primetime averaged 2.37 million per episode while CNN raked in around 822,000.

GETTR has been downloaded 250,000 times in the 24 hours since Rogan joined the platform — they had 3M in total before.

It's fair to say he has some influence…

Joe Rogan has mastered the art of grabbing the popular sentiment prevalent in America on a variety of issues and talking about them in a manner no mainstream media outlet would dare to. Much of American media is in the pockets of the Democrats. Senior journalists of the country, working for prominent publications and broadcast publications, meanwhile, are still paying off the debts they incurred during the free breakfast and lunch parties that Joe Biden threw as Vice President.

By toeing his administration’s line on all issues, such journalists are just returning the favour. Joe Rogan, however, offers a refreshing take to Americans on all issues of significance. And then, he produces quality content in the form of podcasts. His guests are all well-known and well-informed, and they just have fun while talking about important issues. This helps connect the audience to Rogan at an intimate level.

Joe Rogan is single-handedly defeating American mainstream media. He is driving a sea of viewers away from traditional media outlets. Rogan can quite literally become the reason why major news media networks of the United States begin running into losses of tremendous magnitudes very soon.

Joe Rogan is today one of the biggest influencers in the United States. He is helping Americans form informed opinions on important issues. Most recently, Joe Rogan demolished the Biden administration, FDA and CDC for their taboo-like aversion to ivermectin, which is obviously driven by their very symbiotic relationship with Pfizer. Around the world, ivermectin is being used as a potent drug against Covid-19. In the U.S., however, ivermectin is being portrayed by the Democrats as a sin drug, a horse de-wormer, an anti-vaxxer fad and what not.

Read more: Democrats have turned the USA into a hell hole as emergency services collapse

Of course, they have no facts to support such assertions. So, Joe Rogan treated himself with ivermectin and proved how the drug could be a gamechanger in the U.S. CNN, however, did not like this. So, they called ivermectin a “horse dewormer”. Little did it know that this snide remark again Rogan would go on to be the final nail in its coffin.

CNN chief medical correspondent Sanjay Gupta appeared on Joe Rogan’s podcast. In hindsight, it was a mistake on his part to do so. He walked in like a goat walking up to its butcher. Because Rogan destroyed the man and the network he works for. Joe said, “Does it bother you that the network you work for…just outright lied about me taking horse dewormer?” Gupta replied that his colleagues “shouldn’t have said that.” When Gupta couldn’t explain why they’d done so, Rogan questioned why he hadn’t asked them.

Thereafter, after beating around the bush and being cornered by Rogan, all that Gupta could muster to say was, “I should’ve asked before coming on this podcast.”

And this isn’t Rogan’s first kill. Not at all. He has become a nightmare for Big Tech as well!

You see, Joe Rogan has joined GETTR. GETTR had been downloaded 250,000 times in the first 24 hours of Rogan joining the platform. In one of the podcasts with Robert Malone, where the duo simply eviscerated the Biden administration and its handling of the pandemic, Rogan’s guest said, “They are lawless. They completely disregard bio-ethics. They’ve broken all the rules that I know, that I’ve been trained on for years.” This podcast was taken down by YouTube, leading to Google making a permanent enemy out of Joe Rogan.

“They are lawless. They completely disregard bio-ethics. They’ve broken all the rules that I know, that I’ve been trained on for years.”pic.twitter.com/EzQs1gKJUj

Again, in hindsight, this was a wrong choice made by Google.

Joe Rogan calls out Kamala Harris for her insane comparison of January, 6 to Pearl Harbor and 9/11. pic.twitter.com/XRnlk7ubDi

Joe Rogan is doing more for this country than any legacy media outlet.

RT if you agree pic.twitter.com/SMc8nWlNsz

Joe Rogan can destroy mainstream media singlehandedly. He has the power to do so because millions of Americans have chosen him over Democrat-friendly media outlets. As a direct implication, Big Tech too needs to be very cautious of the man. He’s not somebody they’d want to mess with.