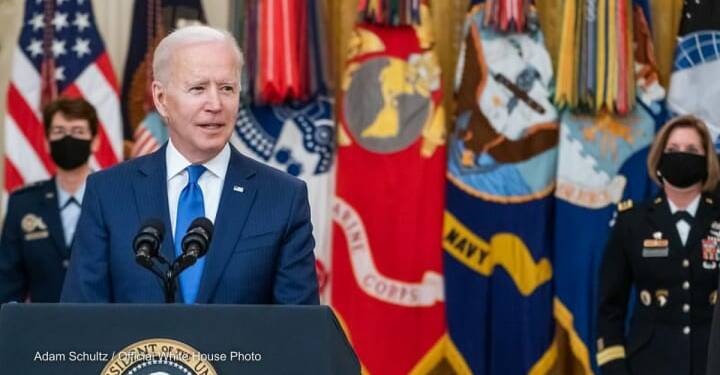 The US is standing at a crossroads given the highly polarised political atmosphere in the country. In this context, 2022 midterm polls assume a lot of importance. If the Republicans bounce back and wrest control of the two chambers of the US Congress, then it would seriously hamper Joe Biden’s radical leftist plans. However, the invisible forces backing Biden would also get cautious and try to correct the errors they have been making before the 2024 Presidential polls. The US would be going to the 2022 midterm elections in the context of some embarrassing failures of the Biden administration.

Biden’s Presidency has been a complete disaster. In terms of economic policy, Biden has laid too much emphasis on Climate change that led to draconian decisions like a temporary ban on new fracking projects on federal lands and in federal waters.

Biden’s educational policies are equally disastrous with the Critical Race Theory (CRT) being force-fed to American kids. The theory stipulates that all subjects be taught through the lens of racial divisions. Therefore, even a subject like Mathematics that otherwise works on strict logic becomes a symbol of “white-supremacy culture.”

And the less we say about Biden’s Foreign policy the better. The US President has irked America’s Indo-Pacific allies like India, Japan and Australia. Biden has also abandoned Taiwan, apart from upsetting Middle East allies like Saudi Arabia and Israel. To make things worse, Biden has gone soft on both China and Iran, and the two countries have taken full advantage of a weak President in the Oval Office.

Yet, it is Biden’s Afghanistan blunder that stands out. He has literally given away the democratic country over to the Taliban on a silver platter.

Presently, Biden’s approval ratings have plummeted to a record low. For the first time his disapproval rating is higher than his approval ratings. Meanwhile, all Biden can do is crack jokes about American citizens who are stuck in Afghanistan with no real possibility of being safely evacuated by the US government.

Biden is becoming a hated personality with his anti-US decisions and loose remarks about stranded Americans. Even Trump used to make loose remarks, but they were never targeted at America or Americans. As the then US President, Trump used to slander his political opponents, whom he considered to be a bad influence for the United States of America. Biden’s dipping popularity is bound to cost the Democrats in the midterm polls next year.

So, in 2022, the Republicans are very likely to wrest control of the US Congress, which will force the deep State and the invisible handlers of the Biden administration to reconsider their policies.

Any landslide victory for the Republicans in 2022 midterm polls is likely to make Trump supporters somewhat assured of Donald Trump’s victory in the next Presidential polls. However, the US elections have a tendency of springing up surprises and producing unexpected results. Take for instance the 2020 Presidential polls.

Republicans and Trump supporters knew that former President Trump was really popular and therefore likely to win the 2020 elections. However, it was Biden who came to power in the most incredulous manner. Now, what if the Democrats win another poll against the run of play? This is where we ought to consider the consequences of Biden coming back to power in 2024.

Till now, Biden is being somewhat subdued in his policies and at certain times, he does find himself compelled to continue with the broad policy framework of the Trump era. But if he comes back to power for a second term, Biden would get emboldened. So, expect the Democrats and Joe Biden to go into mission mode if they manage to win the 2024 presidential elections.

The way Biden is going, a second term in power would lead to him making the US the chief financier and enabler of global terror. We saw how the US ended up giving Afghanistan away to a terror group along with a large cache of lethal weapons that were left behind in the war-torn country. Don’t be surprised if Biden makes more such blunders during a second term.

Ultimately, the US is likely to lose the “superpower” tag in case Biden’s political career doesn’t end in the next elections. The superpower status of the US has already taken a beating after what happened in Afghanistan and if Democrats are still able to win from here, then China will officially surpass the United States in terms of economic size and overall influence in global affairs.

Meanwhile, countries like India, Japan, Australia, France, and many NATO allies will distance themselves from the US. On the other hand, Russia will become a superpower once again. With the US leaving behind a power vacuum, the world will needs a Great Power like the erstwhile Soviet Union. This is already happening with India, France and Germany looking towards Moscow. Therefore, Russian President Vladimir Putin will be more than happy to capitalise upon America’s decline.

India itself will stop doing Washington’s bidding if Biden comes to power again. And therefore, New Delhi will emerge as a humongous Indo-Pacific power controlling a large part of the region. Apart from foreign policy, a second Biden term in the White House is going to spell trouble for the US. An emboldened Biden is likely to push his anti-White propaganda further and inculcate policies like formalizing the quota system in education, services and even sports.

We are likely to see the end of meritocracy in the US if Democrats stage an upset during the 2024 Presidential polls. In terms of economic policy, Biden’s Climate change and welfare politics will take over policymaking. Therefore, it is entirely possible that Biden imposes a blanket ban on fracking and stops shale oil production in the US. This will, of course, take away much of the American influence in the global oil supply and the geopolitics surrounding it.

Ultimately, Biden would turn the US into another Venezuela, that is, a rich country with ample resources but horribly low income. Radical socialist policies in the US will crash its economy on Venezuela’s lines. Also, the Biden administration and the Democrats will no longer be able to maintain the supremacy of the US Armed Forces. Presently, the US military is the most powerful military in the world. However, it will change with lower defence budgets likely to be sanctioned by the Biden administration. We can even expect Russia to overtake the US in terms of arms production and arms trade.

The American Judiciary too will become a victim of far-left politics. If the radical Democrats, who find support from Biden, come to power then they would push the US President to nominate ideologically committed federal judges. Ultimately, far-left Democrats will make the American judiciary an extension of the Democratic Party itself.

In terms of security, the US is unlikely to face any kinetic threats given its secure geography. However, the US is very likely to become one of the biggest victims of global terror. Biden administration has already pushed lax immigration policies, literally allowing anyone to enter the country. Ultimately, the global terror groups will exploit Biden’s imprudent immigration policies in order to carry out deadly terror attacks in the country.

At the end of the day, whatever changes emboldened Democrats make, will be permanent and irreversible. Far-left Democrats will institutionalise their policies in the American system and the US will descend into anarchy. It won’t even remain a democracy and will practically become something like a radical socialist country.