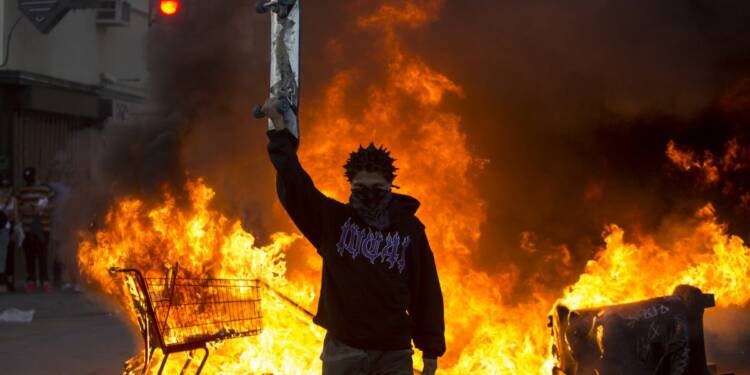 The Covid-19 pandemic might have taken a massive toll upon South Africa’s economic health; however, the country’s economy had already lost its bearings in the pre-Covid era itself. In 1994, the country experienced a democratic transition and consequently deployed vehement socialist measures to elevate the economic health. Nelson Mandela became the country’s president and policies grounded in principles such as “Black empowerment” and “equality” began rolling out successively.  An exalted Mandela would once tell the parliament “As we have said before, affirmative action is corrective action. There is no other way of moving away from racial discrimination to true equality.”

Two decades down the line, South Africa has successfully emerged as yet another embarrassing story for the Socialist model of governance. The path of economic growth has permanently shifted to the lower trajectory since 2011. The ruling African National Congress (ANC) inserted its own members into “all the levels of power”, including the Army, bureaucracy, Judiciary and media, all in the name of equality, justice and Black empowerment.

This practice is a leaf out of Communist Party’s playbook in China that usually appoints its own members to lead the state owned enterprises and the administrative authorities. As a result, the cadre deployment facilitated an exorbitant rise of rampant corruption that crippled basic services and public utilities.

Read More: South Africa was once counted among top developing economies; Zuma turned it into a mess

Poor South Africans are livid. Despite the hefty promises, the people remain deprived of the basic amenities. Instead, a segment of super-wealthy business and political leaders have emerged. Current President Cyril Ramaphosa’s net worth, for example, is estimated to be over US$450 million. It has also been revealed that he owns 31 properties.

The rampant corruption is now forcing the people to storm the streets and the ongoing protests and the violence might be just an iota of what remains yet unfolded. It is estimated that over 300 South Africans have died, many of whom are looters. Due to the failures in the policing, South African civilians resorted to forming militias to protect their properties and neighborhoods.

As reported by Epoch Times, Australia based Eric Louw, a former ANC member and retired professor in political communication argues that the African crisis could serve as a warning signal for the western countries. Louw concedes that it is “terrifying” that socialism and Marxism are welcomed in Western institutions like universities. “I worked at South African universities and in other universities, and it horrifies and terrifies me how young people really do think that socialism is good,” he said.

He added that a similar undercurrent was present in the CRT and Black Lives Matter (BLM) movement that has emerged in the past year, where the prevailing narrative is of blacks being oppressed by whites. “The South African government’s policies and CRT do share many of the same roots, and share the same obsessions with socialism and race. I believe that the failures of today’s South Africa should serve as a warning to Americans about the dangers of where CRT and BLM might lead.”

In the United States, the Critical Race Theory has been pushed down the throats of normal American citizens all over the country. The agents of the left liberal, big or small, have been inoculating the citizens with their radical, discriminating and divisive race theory. Even the largest teachers’ union in the US, the National Education Association, is determined to push the CRT (Critical Race Theory) on children as well as they have determined it to be “reasonable and appropriate” in social studies classes.

Indeed, CRT isn’t a curriculum, it is a framework. In this framework, all the academic subjects are taught through the lens of race. As reported by NYPost, Math, for example, long considered a strictly egalitarian subject, is now racist. The Oregon Department of Education sent a toolkit to middle-school teachers in February alleging that the focus on getting the right answer, and making students show their work, was “white-supremacy culture.”

President Biden rescinded the Trump administration’s executive order prohibiting critical race theory, one rooted in Marxism, training for federal agencies and federal contractors on his first day in office. This is a heartbreaking reversal for Americans who are committed to racial equality in public life. While the President’s order is legally binding at the federal level, state legislators can still intervene.

For worse, all is being done in the name of “empowering black” and eradicating racism against the blacks from America. However, this is prompting the rise of an Anti-white reverse racism methodology in the country where the whites are often sent on a guilt trip for the “crime” of being White skinned.

The US values have for long been to not pay heed to one’s race, colour or any social circle he or she belongs to, but rather what that person is worth individually. This beautiful idea has laid the foundation of a country that may have racist tendencies, but compared to the contemporary world, it is the best the world has, for a globalised society. However, the current government is bowing to the Marxists and Leftist ideologies and thus risks steering the country towards the very path of destruction that South Africa embraced back in 1994.