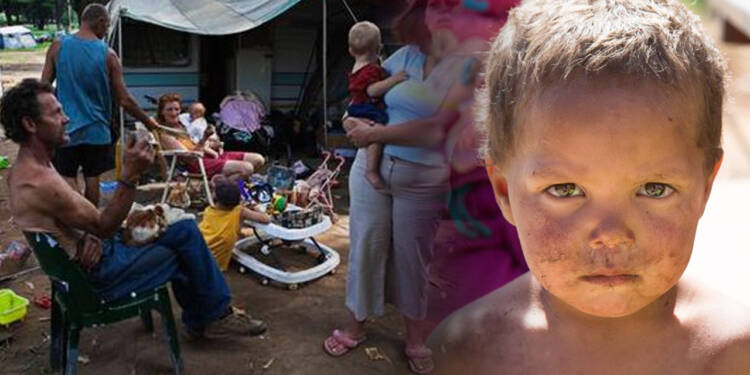 The white population is the target of hatred and revenge for the years of apartheid rule in South Africa. In 1948 after the National Party gained power, the all-white government immediately began enforcing its white supremacist policies of racial segregation. This came to be known as the Apartheid rule in South Africa. For almost 40 years the minority white government suppressed the back population in numerous ways such as by not allowing them to avail better jobs and opportunities which were reserved only for the white population in South Africa, and even restricted them from owning property.

After almost 40 years of racial segregation, apartheid finally ended in South Africa as Nelson Mandela-led African National Congress formed the government in 1994 with the promise of an inclusive rainbow society. However, the promise was never fulfilled as the ANC started implementing policies favouring blacks to an alarming extent. Affirmative action to empower blacks came at the cost of white population of South Africa. Pro-black affirmative action became part of the post-apartheid reconstruction in South Africa as a remedial strategy to address the legal and historical exclusion of the black majority.

Affirmative action was a policy for “black empowerment,” the term used to assure that previously oppressed blacks achieved higher levels of economic, educational, cultural, and political accomplishment. A variety of affirmative action measures were implemented to address concerns such as employment, income, poverty, education, and the lack of equal educational opportunity.

This led to targeted segregation of the white population of South Africa and it restricted educated and deserving white population from availing better job opportunities in South Africa. The affirmative actions undertaken by the Communist government have since intensified. In 2019, the South African parliament began discussing constitutional reforms that would permit the uncompensated seizure of private land. At the time US Secretary of State Mike Pompeo had noted that land distribution without compensation would be disastrous for South Africa and its people.

The Communist government did not implement policies for the propagation of a modern vibrant society but instead implemented its own brand of extreme robin-hood policies. This eventually led to the emergence of a relatively unknown and uncommon term in South Africa; White population poverty.

In the new age South Africa, where societies irrespective of their race were bound to succeed, instead abject poverty has decimated the population. White Slums have emerged all over the South Africa as the white population is being targeted by the government.

A portion of South Africa’s white population, like many of the country’s black township residents, lives in poverty. DW journalist Sertan Sanderson of Munsieville states that they are dealing with the same issues. Since the country declared statutory equality in 1994, the living conditions of many South Africans have not improved.

According to Leigh Du Preez, creator of the South African Family Relief Project (SAFRP), programmes aimed at redressing decades of enforced inequality have failed to achieve their goals. She is not, however, referring to black families: According to Du Preez, as racial tensions rise, an increasing number of white individuals have been left jobless and hungry.

Du Preez said, “We are losing our jobs because of the color of our skin, because we’re white.”

Families in South Africa’s ‘white squatter colonies,’ where there is little food, running water, and no electricity, live in shanties with rusted cars, ditches and pools of filth, and stagnant water with mosquitoes swarming.

Over two decades, the number of poor whites has steadily increased. Over 400,000 white South Africans are estimated to be impoverished. The South Africa’s population is estimated to be around 50 million people. Those living in squalor are forced to make ends meet on roughly £28.99 each month.

There are 80 squatter camps in South Africa, including one in Munsieville, near Johannesburg. It houses roughly 300 people, a quarter of whom are children, and is built on the site of an old dumping ground. There is no electricity, only a few standpipes for running water, no secure shelters, and limited food.

Henrik a 49-year-old white man living in one of the slums says his “life is over”. Narrating his ordeal to Daily Mail, Henrik said, “I’m 49 years old and I’m too old to get a job. I apply and as soon as they see my age, they say “sorry, you are too old. I do what I can to survive, collecting scrap metal or selling second clothes. But it is barely enough.”

Arie, 56, is another resident at the camp. She said, “If you go to the hospital and say you are from Munsieville, they won’t help you. You will wait until the morning breaks and then maybe they will help you. They are prejudiced against us.”

Many young whites who dwell in these colonies are refused jobs because of where they are from. They are being discriminated against for crimes that took place before they were born.

The shambolic policies of the government have left the country with no employment and many, black or white, are left destitute and hungry. However, the whites now occupy the lowest of the low ranks in the South African society. The shortage of food has emanated in the country as lands are being snatched from white farmers and given to the section of the population with no prerequisite knowledge of farming.

Besides, white farmers have also been targeted by the black population of South Africa who still view them as oppressors. From April 2019-2020 according to official police statistics, 49 white farmers were killed in South Africa. While the crime rate in the country has been sky high, racially motivated attacks have been a sore statistic. During the same period, 21,000 murders were reported in the country.

In 2018, Australia announced that it is considering visas for white farmers who are being targeted in South Africa. At the time Home Affairs Minister Peter Dutton said he was exploring giving South Africa’s white farmers access to fast-track visas on humanitarian grounds. The suggestion was made amid calls to transfer land ownership from white to black farmers in South Africa, and fears over the number of farm killings.

Reverse racism has been rampant and has ravaged the white population in South Africa. Targeted policies of the government has pushed the country to a near apartheid-like situation and the continued regressive policies have pushed South Africa into an era of subjugation of the people once again. South Africa is going down and its government’s racial policies are to be blamed.