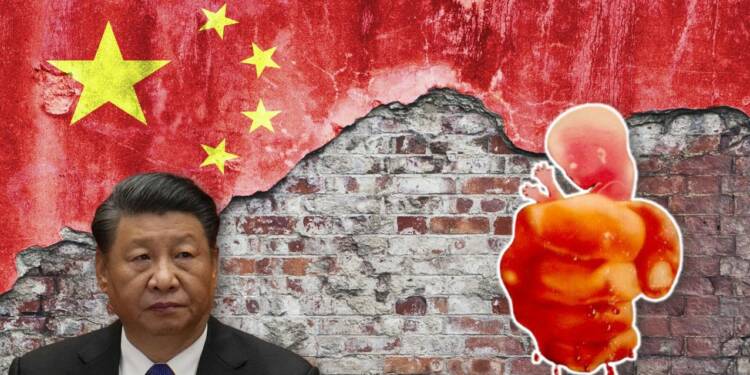 When Chinese President Xi Jinping announced the Three Child policy effectively allowing Chinese couples to raise multiple kids, Song Chunxia, a cleaner in Guangzhou, felt somewhat cheated. She believes that she wouldn’t have given up her girl child had the CCP not introduced the one-child policy in 1979.

Song had got an abortion in the 1990s upon discovering that she is pregnant with a girl. It was the ‘one-child policy’ era when many couples preferred killing female foetuses because they wanted to ensure that the only child they could give birth to was a son. Being a patriarchal society, many Chinese couples weren’t ready to raise a daughter as their only child. This is a heart-wrenching story of 20 million ‘missing’ baby girls who were sacrificed due to CCP’s One-Child Policy.

Millions of foetuses killed by the CCP

It all started in 1979 when the Chinese Communist Party (CCP) told the people of the country that they would face penal consequences if they gave birth to more than one kid.

With the implementation of the policy, many Chinese couples resorted to sex-selective abortions and abandonment of baby girls to ensure that their only child was a son. In Chinese culture, the bloodline is passed down through the male side. So, for many Chinese couples, it was all about saving their bloodline. China’s official population statistics indicated a loss of over 230,000 baby girls in 1981, just two years after the one-child policy was enforced.

A Washington Post report in 1985 revealed how a Chinese man packed his girl child in a cardboard box and left her to die before telling the authorities that she was stillborn. In order to hide its crimes from the world, the Chinese Communist Party decided to hide the sex ratios of newborns after 1981.

Chinese baby girls and female foetuses were slaughtered and abandoned well into the mid-2010s. In 2010, there were reports of 21 dead bodies of babies and foetuses being dumped by nearby hospitals in a river in China. In 2017, a Chinese woman tried to mail her baby to an orphanage.

And then there are countless cases of adolescent Chinese girls being forcefully ‘married’ to strangers and literally sold off to strangers. Chinese women in rural areas were particularly vulnerable to trafficking and forced prostitution. Chinese parents were ready to get rid of their daughters at any cost.

20 million baby girls are estimated to have gone “missing” in the Chinese population between 1980 and 2010. They were either victim of sex-selective abortion or infanticide. For many baby girls who managed to survive, life wasn’t easy. Some families left female babies abandoned in public spaces in the hope that they will be adopted by another family. Some would have been lucky enough to get adopted, others would have died a painful death and yet others would have succumbed to anti-women crimes.

You would think that the CCP would be ridden with guilt for having instigated the killings of 20 million female babies. Well, no. Chinese authorities are now shamelessly telling couples that it is their patriotic duty to give birth to two babies because China’s population is shrinking due to all the baby girls that were killed over the past four decades.

Yes, the CCP actually wants to reduce Chinese women into State-owned baby machines. But guess what, Chinese women have had enough of it. Chinese women have seen their mothers and other female relatives getting compelled to abort their own children against their will. No woman would want to end up doing that.