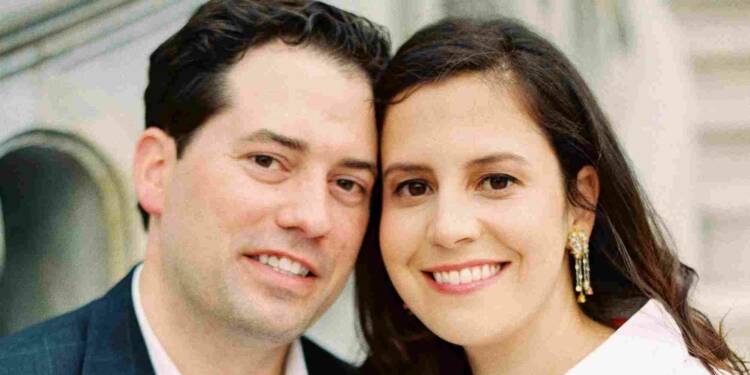 Matthew Manda works for Media Group of America in Arlington, Virginia as a marketing and communications director. He is best known for being the spouse of Elise Stefanik, the United States Representative for New York’s 21st congressional district. Matt has also served as the communications director for Kansas Republican Representative Kevin Yoder.

He joined twitter in 2013 and has been followed by 840 people till 2021. He introduces himself as “Samuel’s Dad. “I went to bed and slept the sleep of the saved and grateful.” – WC. IG: @mandamatthew Better half is @elisestefanik “. He is quite active on twitter and can be followed at @matthewmanda.

He attended the University of Kansas and graduated with a bachelor’s degree.

When Matthew Manda and Elise Stefanik were both living in Washington, D.C. in 2012, they met. Elise was organizing debate preparation for Rep. Paul Ryan, who was running for Vice President at the time. Matthew Manda had recently moved to Washington, D.C. to serve as the communications director for Kansas Republican Rep. Kevin Yoder.

Elise Stefanik told the Chronicle that her husband proposed on a trip to Lake Placid in August of 2016. She revealed that they were having a drink on an upstairs veranda overlooking the lake at the Mirror Lake Inn when Matthew Manda went down on one knee and proposed.

Rep. Elise and her husband, Matthew Manda, married a year after they got engaged. On August 19, 2017, the ceremony took place at the Hall of Springs reflecting pool in Saratoga Springs, New York. Jan Plumadore, a retired New York State Supreme Court justice, presided over the ceremony.

Also Read: Je Niece Mccullough: Everything you need to know

Elise Marie Stefanik (/stfnk/; born July 2, 1984) is an American politician who has served in the United States House of Representatives since 2015. She is the third-ranking House Republican, having served as chair of the House Republican Conference since 2021.

Stefanik’s district encompasses most of the North Country as well as the Adirondacks, and he is a Republican. It also includes parts of Utica’s outskirts and the Capital District. Stefanik, 30, became the youngest woman ever elected to Congress when she won her first House race in 2014. Initially elected as a moderate, Stefanik later shifted to the right and became a vocal supporter of President Donald Trump, defending him during his impeachment hearings in 2019 in the wake of the Trump–Ukraine crisis.