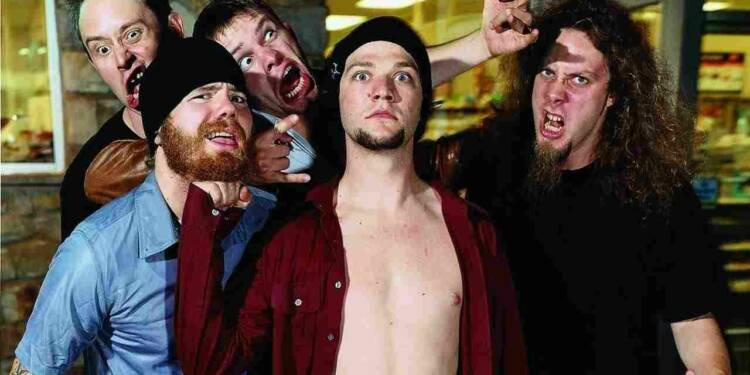 Edward Carl Webb, better known by his stage name Rake Yohn, is a former member of the CKY crew who appeared in a number of CKY videos as well as MTV’s Viva La Bam. He also made cameo cameos in Jackass on occasion. He was born on January 20, 1975. Yohn was born in the Pennsylvania town of West Chester.

Rake Yohn joined twitter in 2009 and has been active since then. He has more than 62k followers on twitter. He tweets frequently. He recently tweeted on Australia day wishing the day with a picture.

He earned a B.S. in chemistry from Penn State University in 1997 and now works as a scientist focusing in synthetic materials. Rake Yohn is the older brother of Art Webb, a member of the CKY crew on occasion. Yohn is noted for his long hair, hate of mustard, and love of metal music. Bam Margera, a lifelong buddy, gave him the stage name.

Yohn’s face appears on the covers of both CKY2K and the 1999 reissue of CKY’s Volume 2 LP. The image was also included on a limited-edition Tech Deck created specifically for Tony Hawk’s Pro Skater 3. “His visage was on DVDs, shirts, and Tech Decks, and he hasn’t seen a dime for any of them,” Yohn lamented on the CKY DVD Infiltrate•Destroy•Rebuild: The Video Album.

For the Xbox Live Arcade game Trials HD, Yohn, his brother Art Webb, and Brandon DiCamillo delivered voice-overs in 2009. Rake Yohn had an appearance as a voice-over in the video game Trials Evolution in 2012. Since 2021, Yohn has been a member of the Purplestickey band as one of the two guitarists. Rake Yohn married radio personality Melissa Carr in March 2009, and the couple has two sons together.

He mainly worked for the CKY crew (Camp Kill Yourself), a group of friends and relatives centred around Bam Margera, many of whom are from or live in West Chester, Pennsylvania. From Landspeed Presents: CKY (1999) until Minghags: The Movie, the crew was busy (2009). Some members of the crew were skateboarders, while others worked on Margera’s various projects, including the CKY videos, Jackass, Viva La Bam, Haggard: The Movie, Bam’s Unholy Union, and Radio Bam, either on-camera or behind-the-scenes.