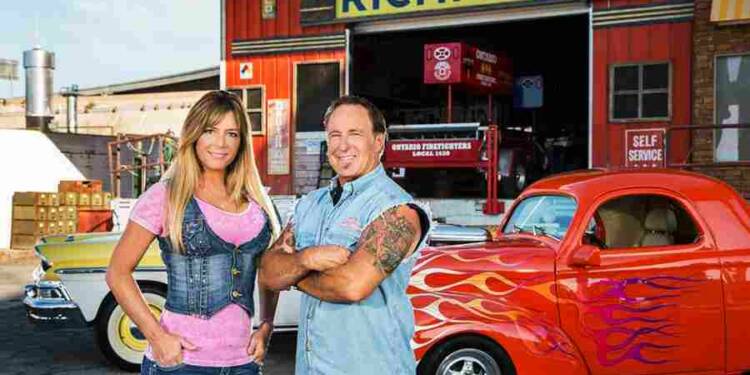 Kelly Mayer Dale, a 51-year-old reality celebrity from New York, was born and raised in the city. Kelly Mayer Dale relocated to Las Vegas with her parents when she was a child and has lived there ever since.

Kelly Dale has been a regular on History’s American Restoration for six years, and there are no hints that she will be leaving anytime soon. After the sixth season of the show, the whole cast was sacked, shocking fans.

Kelly Mayer Dale has a verified twitter account and has been followed by almost 24k people. The family of Kelly wholeheartedly worked to popularize the tv show which caught fire on social media within a very short span of time. This might be the reason that she could not be able to give time to her own account. She can be reached at @_KellyDale_ on twitter.

Also Read: Tik Tok fails: all you need to know about it

Kelly’s marriage to Rick Dale is a significant rock in her life. Kelly met Rick for the first time at a gym where they both conveniently went around 3 a.m. Rick told the Las Vegas Review-Journal that she invited him to a gathering, which he misunderstood for a date.

The two were drawn to one another once he finally had his chance to pursue the reality star, and the rest is history. Rick Dale married Kelly Mayer in the third season of the show, and they’ve only shown fans wonderful marriage moments since then.

Brettly and Tyler, from prior marriages, and daughter Ally, whom they share, are the couple’s three children.

Her job in the show was Business Development. Building the brand of Rick’s Restorations outside the TV show American Restoration on the History Channel.

Kelly Mayer Dale is not just a caring person for her family; she also gives back to the community by volunteering for organizations like the American Red Cross, American Diabetes Association, Helping Hands of Vegas Valley, and Veterans Village of Las Vegas.

She is noted for pioneering the development of Rick’s formerly battered restoration business, in addition to being a caring mother and wife.

Aside from all of her other activities, Kelly is a current board member of the Las Vegas Metropolitan Police Department, according to sources. Kelly Mayer Dale enjoys going to car shows in her spare time. Kelly is a car show enthusiast who has had the opportunity to co-host a car show in Nova Scotia, Canada, alongside Rick.

Kelly’s absence from television may still be a disappointment to viewers; however, closing the Antique Restoration company allowed the realtor to focus on her passion, and based on her social media posts, she appears to be spending more time with her family and children.