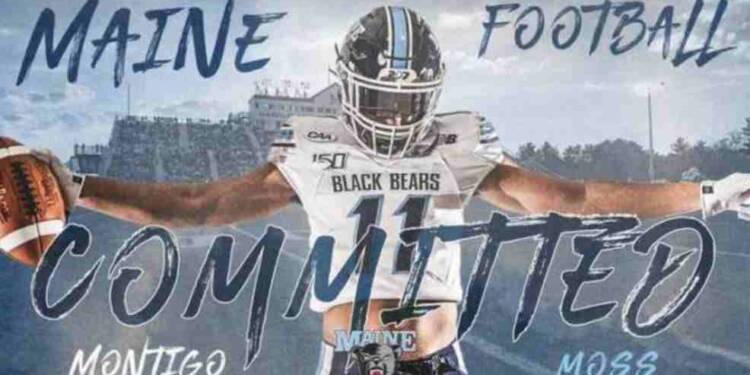 Montigo Navari Moss is the youngest son of Hall of Fame receiver Randy Moss and has committed to the University of Maine. Moss, a senior at The University Of Maine, announced his decision in a tweet on January 31, 2020.

He is popular not only for his games but for his father Randy and the announcement of commitment to The University Of Maine came to light only after his father’s retweet of his tweet.

Montigo Moss joined twitter in 2016 and has been active since then. But since last year he has not tweeted a single time, his last tweet was on 31st january 2020. His account is followed by only over 1400 people on twitter and he follows only 465 people.

His last tweet is “I’m beyond blessed to announce that I will be shutting down my recruitment and committing to the University of Maine”.

Randy Gene Moss is a retired American football player who was born on February 13, 1977. For 14 seasons, he was a member of the Minnesota Vikings, Oakland Raiders, New England Patriots, Tennessee Titans, and San Francisco 49ers in the National Football League (NFL).

Career of his father

Following his retirement from football, he went to work for ESPN as a studio commentator for the Sunday NFL Countdown and Monday Night Countdown shows. Moss was born in the West Virginia town of Rand. He excelled in football, basketball, baseball, and track at DuPont High School, one of two institutions that ultimately merged to form Riverside High School. Randy was also a member of the debate team at school. Moss coached the DuPont Panthers to back-to-back state championships in football in 1992 and 1993.

He was a standout wide receiver who also played free safety, returned kickoffs and punts, and kicked and punted for the club. In 1994, he was named West Virginia Football Player of the Year and received the Kennedy Award.