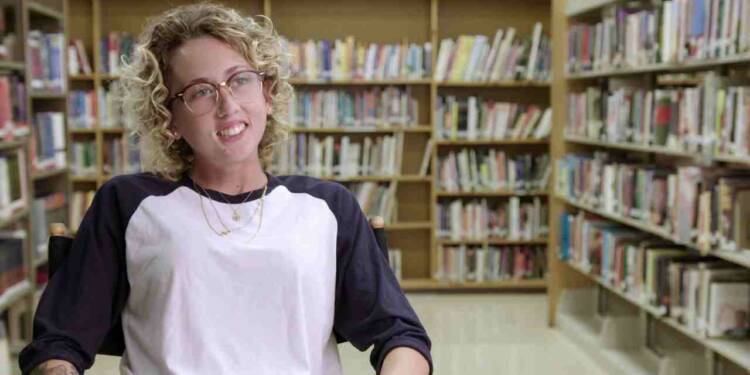 Victoria Ruesga is a North Hollywood, California-based actor and skateboarder. Victoria began her acting career with modest roles in the background. She is best recognised for her role as ” Ryan” in Olivia Wilde’s directorial debut film “Booksmart” (2019), which follows two high school bookworms as they squeeze four years of high school enjoyment into one night before graduation day. In this article we are going to talk about the biography, career, notable works, films and family of Victoria Ruesga so read the article till the end.

Victoria is a real-life professional skateboarder. She began skateboarding at the age of six, and her acting career benefited from this skill. Despite the fact that she has been skating her entire life, she admitted that skating in front of the camera was more challenging than skating naturally. On her Instagram videos, you may see her skateboarding and become obsessed with the extraordinary lady.

Victoria Ruesga began her acting career with modest supporting roles that are not listed on her IMDb page. Mikey Alfred, a friend of the novice in the profession, informed her about the audition for the film Booksmart. Victoria Ruesga assumed Alfred was some weird person who intended to kill her because she didn’t have his phone number. As a result, she showed little interest in attending the audition. However, Alfred had already sent the actress an email with the film’s script.

As a result, Victoria sent Alfred her apologies after learning the truth, and she was cast in the part notwithstanding. Other than that, there is no information regarding her career, which is likely due to the fact that she is only at the beginning of her trip. In the days ahead, we’ll see her in a slew of big-screen projects.

Victoria Ruesga is well known for her performance as Ryan in the 2019 film Booksmart, as previously stated. It was Olivia Wilde’s directorial debut. The film depicts a group of high school bookworms who pack all of their enjoyment from four years into one night before graduation.

The actress primarily portrays a cheerful skateboarder girl. However, assuming her sexuality solely on her appearance would be stereotypical. So let’s not make any assumptions about her sexuality and instead wait for her to open up in her own time.

Victoria has an Instagram account with over 45k followers and can be reached at littleruesga. She is quite active on the platform and has posted over 140 pictures on her account.

Her roles in the films can made someone to feel that she is a gay but there is no evidence or declaration to meet that claim. However, assuming her sexuality solely on her appearance would be stereotypical. So let’s not make any assumptions about her sexuality and instead wait for her to open up in her own time.

We do not have any official declaration from her and there is no reliable data to match the given figure. Victoria Ruesga net worth is estimated by some websites to be around $1 Million to $5 Million dollars.

We hope this biography article of Victoria Ruesga will be helpful for you to understand her journey and works.