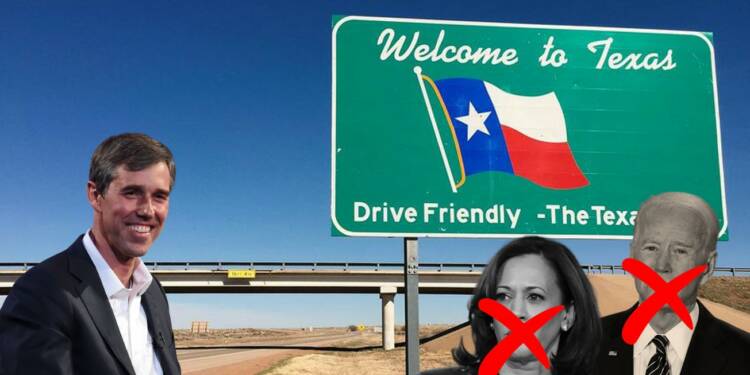 Beto O’Rourke is a politician who has a knack to attract national attention with his deft use of social media. It was evident from his 2018 campaign where he filmed his first ad using an iPhone. His candid campaign style was talked about back then and now O’Rourke is back attracting attention with his same old ‘knack’ that many democrats would not be proud of, at least in appearance.

In an astonishing statement to reporters, the Texas Democrat said he is not interested in receiving any sort of assistance from President Joe Biden nor Vice President Kamala Harris to help in his run for governor post, thereby tacitly signalling to the duos plummeting popularity ratings.

O’Rourke’s veiled shot at Biden has gifted yet another cramp for the president who has been plagued enough leading his country for the first year in office.

Texas has always been a Republican stronghold. Beto O’Rourke ran unsuccessfully in his 2018 senate bid to Ted Cruz, losing by about 2,00,000 votes. But analysis after the election led to the finding that Democrats have been making inroads into the Republican bastion of Texas with greater gains going into the 2020s. It was more conspicuous when Trump won Texas by only 5.5 points in 2020 from the 15 points achieved by Mitt Romney in 2012.

Now heading into 2022 it is Republicans who are in the offensive. Employing his candid campaign style coupled with unpopular opinions and policy suggestions that set the town talking, Beto O’Rourke is no longer unknown state-wide. He has been firing shots against the incumbent Governor Abbot citing the deadly electrical grid failure that resulted in millions without power during the whole of winter. With people giving a favourable nod to the priorities championed by O’Rourke including the decision to not ban abortion, the campaign route of the Texas democrat was hitting all the right chords. Then Biden happened.

Biden’s unpopularity has garnered all the attention for quite some weeks now, and with multiple polls showing incumbent Governor Abbot to slim through the election with a win gave the ultimatum to O’Rourke who has been musing over the prized seat for long.  At present, he won’t risk losing the hard-gained favourable ratings that he had manoeuvred with a ‘no mistake’ approach throughout his poll run.

Thus came O’Rourke’s jarring comments rejecting both Biden and Harris from an Austin news conference. He stated, “I’m not interested in any national politician — anyone outside of Texas — coming into this state to help decide the outcome of this,” said O’Rourke. “I think we all want to make sure that we’re working with, listening to, and voting with one another here in Texas.”

Just take the case of Trump or Obama, any candidate would jump at the chance of roping any among the two to campaign for them seeing how influential it can be. But with Biden’s sagging popularity rating and an economy in downfall, O’Rourke won’t bet his chances roping in Biden or Harris at this uphill battle that he is into.

With the gubernatorial election in Texas gaining momentum with political debates in surfeit to shape the key battleground, Beto O’Rourke’s rejection of Biden and Harris from his election campaign does tell you all about how things are turning out for the Biden administration. With every day turning out to offer new drubbings to the US president, the long road ahead looks bleak with quite a lot of quagmires to traverse past.