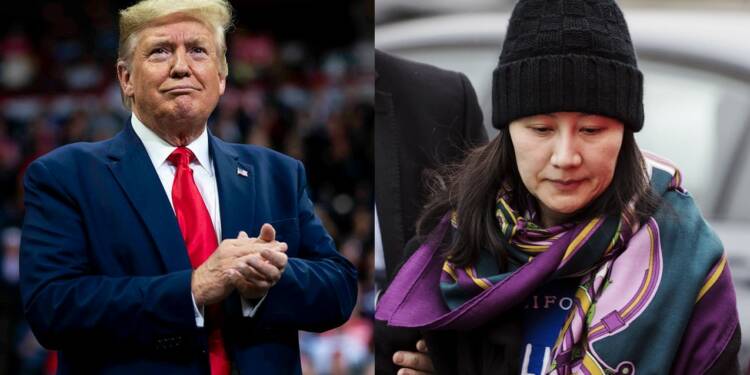 The Presidency of Donald Trump has provided many case studies for the analysts to pursue. The four years saw some really resolute foreign policy steps and that too in multiple tangents. One such tangent is the way in which he and his administration used Huawei CFO Wanzhou’s arrest to achieve two goals.

One, to pull the Trudeau administration out of the balancing act that it was pursuing vis-a-vis China and the USA. And two, it made sure that China was put in an absolutely embarrassing position given Meng Wanzhou was the face of Beijing’s false women empowerment agenda as well as the daughter of the CEO of the most decorated technology firm.

The Arrest of Huawei CFO

To understand the geopolitical masterstroke of Donald Trump we need to go back in time to 2018. The media reported that Canadian officials had arrested Meng Wanzhou, Huawei’s chief financial officer, at the behest of US authorities on Dec 5, 2018. Meng was detained on suspicion of violating Iranian trade sanctions, according to a representative for the Canadian Justice Department, and was supposed to be extradited to the United States.

Read more: By setting Huawei CFO free, Biden has given China a free hand to carry out more abductions in future

The arrest, which appears to have occurred on Dec 1, 2018, the same day that Donald Trump and Xi Jinping met in Argentina to discuss trade issues, marks a significant step forward in US action against a Chinese internet behemoth that Washington has long regarded with suspicion. While the arrest was made by Canada, it was done at the behest of the United States.

The significant bit is the fact that Donald Trump smartly played an over-smart Justine Trudeau to be the bad cop, while President Trump was meeting Xi Jinping and playing the good cop.

The arrest brought Justine Trudeau to the forefront of the Chinese Communist Party’s angry tantrums. This ended the strategic ambiguity that the Canadian government under Trudeau had maintained. Not only this, but it also forced the Canadian government to take some decisive steps against China, which, otherwise would not have been possible.

One such example is the vaccine cooperation between Canada and China. The arrangement with Chinese vaccine developer CanSino Biologics had to be scrapped by the National Research Council, a government-funded organisation in Canada that was regulating the country’s vaccine production and trials. It further underlined that Canada cannot be pressured into releasing the CFO, citing drug shipment difficulties.

Read more: Canada makes it clear that it is not going to release Huawei CFO. Kicks China out of Vaccine trial

CanSino Biologics is one of China’s top vaccine developers, and the company had a multimillion-dollar contract with the Canadian government. Prime Minister Justin Trudeau endorsed the agreement in May 2020. However, he had to back out of the arrangement because he didn’t want to be regarded as capitulating in front of Xi Jinping.

One decision transformed the entire foreign policy of Canada

For the longest time, Canada has not only taken sides vis a vis China-US competition. While reaping all the rewards from burgeoning trade relations with China at the same time enjoying a security guarantee by being a close collaborator of the USA and its strategic ally. This was a very profitable endeavour for the liberals under Justine Trudeau, while reaping all the benefits, they were not forced to take decisive action, nor did they have to be concerned about China’s intense intervention.

However, just one action by the Trump administration forced the Trudeau administration out of such a cosy position and right into the line of fire. This is a very important example to understand geopolitical astuteness. On the one hand, Donald Trump was able to force Canada to become more engaging in taking on China, and on the other hand, it also made sure that China could no longer have leverage over the US via Washington’s northern neighbours.

While the geopolitical game of Donald Trump should be a lesson in foreign policy; all this progress has been lost since the coming of Joe Biden. Under his watch, the swapping of two Canadian citizens with Huawei CFO had set a precedent that can be followed going ahead. Joe Biden’s actions have also set a precedent that China can get what it wants if it has the appropriate leverage. These two polar opposite approaches give us a good lesson, to what should be pursued and what should never be pursued.