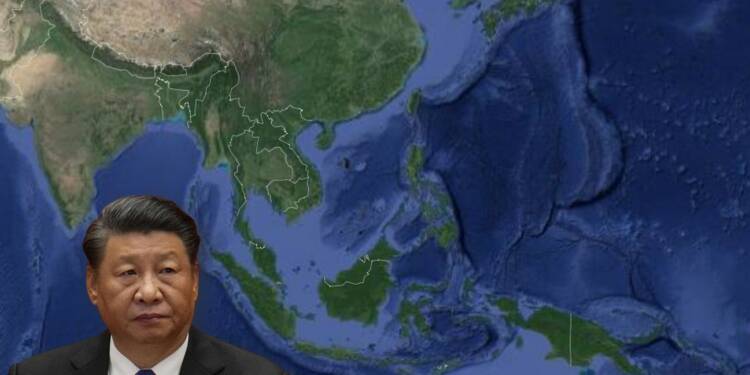 At the time when the whole world was engulfed by the Covid-19 pandemic (that most likely finds its origin in the Chinese city of Wuhan back in early 2020), Xi Jinping was preparing for his neo-colonial agenda. Chinese Communist Party thought that it could capitalise on the disruption world over and replace the US to form a unipolar world order. However, things have taken an entirely different trajectory, and now, while China is facing the worst economic situation in the 21st century, Xi Jinping is currently in his most vulnerable time politically.

And now to rub salt into the wound, it is the resultant exodus of businesses and capital away from China that is propelling the neighbouring countries’ economy. The latest addition to the countries with positive economic growth of the Philippines. The Archipelago’s economy grew at the rate of 7.7% in the fourth quarter (Q4) and emboldened by this, bullish officials count on the omicron wave being ‘temporary’.

Not only these countries but in the case of Philippines GDP growth, it has also exceeded expectations. The Philippine economy grew by 5.6 per cent in 2021, following a 7.7% increase in the fourth quarter, as pandemic-related restrictions were eased, boosting corporate activity.

India’s GDP growth has also seen a boost with On Tuesday, the International Monetary Fund released its latest World Economic Outlook report, in which India’s economic growth prediction for the current fiscal year, FY22, has been reduced to 9%. And all the while these economies are growing, China has been taking the biggest hit.

This was being considered a major pivot from Xi Jinping’s “common prosperity” campaign that aimed at “curbing the disorderly expansion of capital”. However, anyone who follows the developments in China and keeps a keen eye on the leader of the nation would tell you how astonishingly fragile his ego is. Now, to satiate Xi Jinping’s ego and feed his ever-growing ego, the Communist Party of China is ready to make 2022 the bloodiest year, thereby making 2021 look like a milder trailer.

While the Chinese economy is bleeding with no possible reversal of trends in sight, the Indo-Pacific powers are encashing big bucks at CCP’s expense. This is in exact contrast to what Xi Jinping had in mind and this trend is most likely going to continue for foreseeable future.