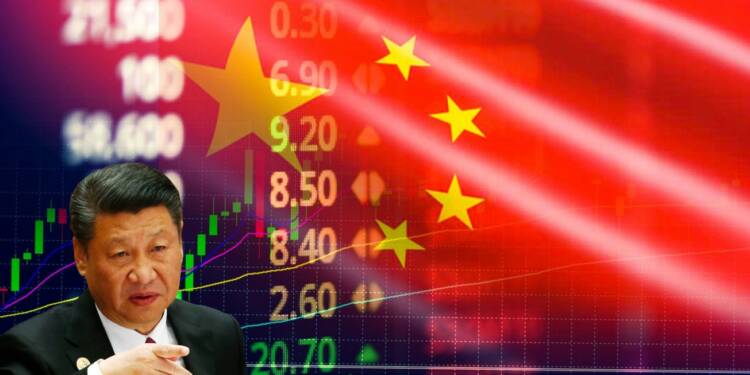 This was being considered a major pivot from Xi Jinping’s “common prosperity” campaign that aimed at “curbing the disorderly expansion of capital”. However, anyone who follows the developments in China and keeps a keen eye on the leader of the nation would tell you how astonishingly fragile his ego is. Now, to satiate Xi Jinping’s ego and feed his ever-growing ego, the Communist Party of China is ready to make 2022 the bloodiest year, thereby making 2021 look like a milder trailer.

2021 was a trailer for the years to come

After ratcheting up regulatory measures in recent years, China will begin a nationwide crackdown on money laundering from 2022 to 2024. The campaign will be carried out by eleven government departments, with the goal of “stopping the spreading trend of money laundering and other related crimes,” according to a statement released by the People’s Bank of China on Wednesday.

All in all, what these government statements are indicating is a much harsher environment for businesses as the party turns into a legit extorter and starts snatching away the capital of the businesses in the name of an anti-corruption drive.

Xi had made “common prosperity” the main objective of his economic policy. He was cracking down on businesses and trying hard to ramp up State intervention in the private sector. Xi had a simple agenda- he wouldn’t let rich entrepreneurs live with peace. The Chinese President wanted to achieve Chairman Mao’s vision of equality, even if it meant making everyone equally poor in China. This led to China’s tech billionaires losing billions of dollars and over 4 million small-scale firms disappearing from China last year.

And it was the CCP, which led to many Chinese businesses shutting their businesses. Chinese authorities were browbeating local businesses with bogus tax, unfair penalties, and extortion tactics. And China also couldn’t keep its infrastructure in good shape. While everyone thought that these developments may have provided a lesson to the CCP leadership that the policy direction was bad, it seems, for Xi Jinping, his ego triumphs over all the statistical and scientific data.

The dumping of common prosperity that wasn’t

A perfect storm is gathering for the Chinese economy with three main factors- contracting demand, supply shocks and weakening expectations. The real estate crisis in China has taken down construction activity that used to be the driving force of China’s economic growth. Moreover, recurrent COVID-19 outbreaks, power sector crisis and jamming of ports has created supply chain difficulties. It is simply becoming way too tough for Chinese businesses to operate in such circumstances.

Read more: China rolls back its common prosperity campaign to “stabilize its economy”

Meanwhile, Chinese consumers are afraid of a terrible future and saving all the money that they have with them. This has further lowered consumer spending in China, and this is further harming Chinese businesses. All these red flags are enough for any country to change course, and for China, it looked as if the same was happening. However, whether it was the CCP’s love of red colour or Xi Jinping’s creepy obsession with Mao Zedong, Beijing instead of realising the folly, has started collecting these red flags as souvenirs.

Not learning from the past year’s mistakes, Xi Jinping is engineering the bloodiest year in the 21st century and making sure that China’s economy bleeds to its unfortunate death. China’s central bank announced on Wednesday that it has begun a three-year action plan to combat money laundering.

The PBOC and the Ministry of Public Security will spearhead the crackdown, which will also include customs authorities and regulators of securities, foreign exchange, banking, and insurance. The government agencies that are part of the exercise tell us how extensive this witch-hunt is going to be and must also divulge the extent of the crackdown. While Xi Jinping may satiate his ego for some time, this will make sure that the economy of one of the largest civilisation states goes down the abyss of no return.