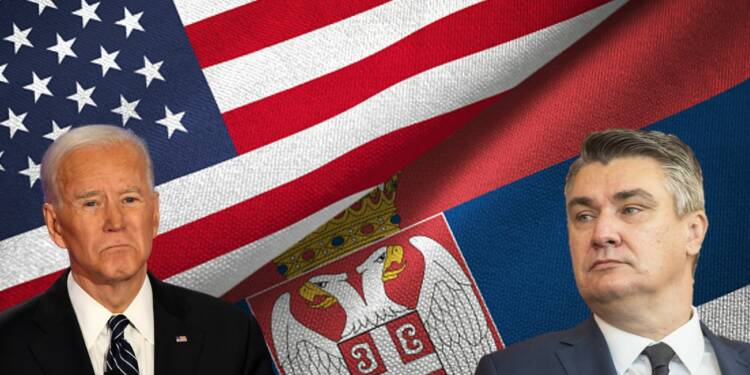 In the past, no country from Europe wished to lock horns with the United States of America. But now countries such as Croatia which roughly makes up in size with the US state of West Virginia have shown their mettle and have decided to weaken the already fallen state of affairs in the west.

Ukraine is the moot case behind any and every political talk these days. And the one-man effort to spread Russian influence across the border areas has been seeing light for some time, putting the power circles in the west in a deep panic mode.

With pressure ramping up down the black sea, the Croatian president has entered the fray with a gun-ho attitude putting up a statement that Croatia won’t send any troops to the Russian border in case of an escalation.

Trying to prevent a war

If put into careful deliberation, the statement by the Croatian president does serve as a chance to deter the war in Ukraine and it might possibly work. It is very clear that the west remains ever apprehensive in locking horns with Kremlin, and it is the same with its European counterparts. It is just a matter of fact that the alliance over the Ukraine crisis is divided and with the EU in disarray about what to do, the Croatian involvement exudes confidence, since Croatia is a pro-European and left-leaning country and with no previous history of crossing swords with NATO.

Like Croatia, many other European powers just don’t want to counter Russia by getting involved with the Ukraine conflict. Just take the fractious pull off from Germany.

With Putin’s bargaining tactics of stopping NATO’s eastward expansion going unnoticed, the US is sparking out a melee with a result that would be fatalistic in all sense. If Russia gets its reward with Ukraine, then the same goes for the Baltic countries with the likes of Poland, Lithuania, and Estonia who have all the right in the world to get worried. No NATO may come to their rescue as the protective shield of NATO has been cracked up for long and it feels redundant.

As reported by TFIGlobal, the sole demand of Russia remains its control over eastern Europe and blocking the eastward expansion of NATO. Any deterrence to the above said political objectives of the kremlin would trigger them to an escalating war in Ukraine which all the big political powers including Europe would end up complicit in.

Read More: Three possible scenarios if military escalation goes out of control on the Ukraine-Russia border

The Croatian president Zoran Milanović also insists that Ukraine must be provided with financial assistance to ward off any possible threat from neighbouring Russia, however, he remained pivoted to his stance that it requires no need to include Ukraine into the NATO forces much like neutral countries like Finland and Sweden who are still not part of the alliance.

Milanović also put the onus on the US internal policy that contributed to the current fiasco in the black sea region with the pentagon taking a hostile stand that would certainly according to the Croatian president will accentuate the escalation for long.

At present Russia may be enjoying the west discomfort. But kremlin is not devoid of its worries surrounding NATO’s future intention and the prospect of Ukraine getting involved in the alliance. As for the US president, he once pledged to end wars but his current policies in all possibility will accentuate more.