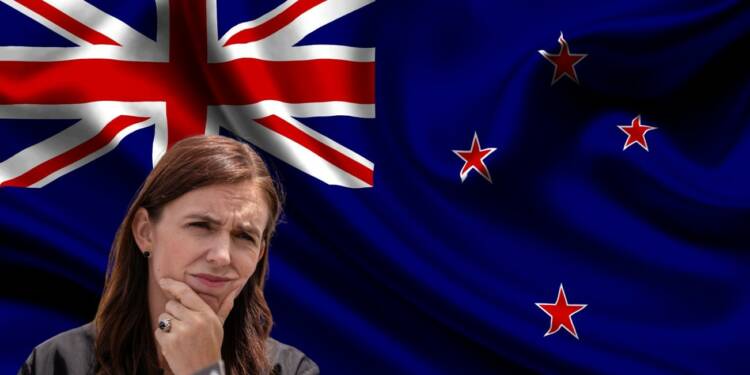 Jacinda Ardern, the Prime Minister of New Zealand, is a liberal darling around the globe. Jacinda’s crimes – both domestic and international – may easily be swept under the rug by her supporters as long as she stands up for extravagant liberal values and participates in an extensive PR effort geared at projecting her as the ultimate emblem of humanitarianism and progress. However, the situation that she has landed her country in, is so precarious that any scale of PR cannot change the negative opinion that New Zealanders have developed.

As New Zealand grapples with three-decade high inflation and a COVID-19 outbreak, the support for Prime Minister Jacinda Ardern has fallen to its lowest point. Despite being touted as New Zealand’s favourite prime minister by a considerable margin, Ardern’s popularity dropped to 35% in the latest 1 News Kantor poll, according to The Guardian.

While she has been a colossal failure on the Foreign Policy front, most people are more influenced by domestic issues. Being a failure on both the domestic and foreign policy front, she has made sure that New Zealand reaches its worst times.

For the last three months of 2021, the consumer price index (CPI) increased by 5.9%, the quickest rate since mid-1990. This was greater than predicted, indicating that the Reserve Bank of New Zealand (RBNZ) will virtually certainly adopt more measures to contain rising living costs. New Zealand is one of the first developed economies to boost interest rates since the outbreak began in October.

According to Stats NZ, building and home rental prices grew by 30 per cent in the year to the fourth quarter of 2021, while petrol prices increased by 30 per cent. The Reserve Bank of New Zealand (RBNZ) has raised interest rates twice in the last two sessions and signalled that it is prepared to take more action to combat inflation and rising housing prices.

According to the 1 News Kantor poll, many New Zealanders are pessimistic about their economic prospects, with 49 per cent believing the economy will worsen and only 22% believing it will improve. That data has indicated a steady decline in economic optimism over the last two years, and it comes as a growing proportion of New Zealanders find themselves shut out of the racing housing market due to rising living costs and stagnant salaries. On Thursday, inflation reached a 30-year high of 5.9%.

The way an ISIS supporter was being given a long rope by the Kiwi authorities manifests Jacinda’s soft approach towards Islamist extremism. Any such criticism won’t go with Jacinda image, as an ultra-liberal leader. She is also wary of being blamed for Islamophobia, which is why she goes soft on ISIS sympathisers.

Take for instance the case of Suhayra Aden, an Australian citizen who left for Syria in 2014 along with her two young children. Aden reportedly aspired to join ISIS, which itself had gained prominence in 2014 only. However, after ISIS fell apart, Suhayra Aden tried to infiltrate Turkey but got detained along with her children by Turkish immigration authorities. However, the Jacinda Ardern government had officially announced that it would accept the return of the terrorist and her family to New Zealand.

In late 2020, the New Zealand police had decided to include Hijab in their uniform so that no one has to “compromise their religion and values”. This was in addition to an earlier effort by Jacinda Ardern to cater to the Islamist fundamentalists by sporting a Hijab.

In addition to this, last year, New Zealand’s authorities effectively blocked the broadcast of a moment of silence in the Tokyo Olympics Opening Ceremony that was held for the Israeli athletes killed by Palestinian terrorists at the 1972 Munich games. This was the first time that those victims were formally honoured at a global event, and for Jacinda Ardern to block a moment commemorating their memory shows how Islamist appeasement is rampant in New Zealand.

While the policies of Jacinda Ardern have brought hard times for the citizens of New Zealand, she is not at all interested in solving those issues and is only interested in virtue signalling. Considering the developmental standards that New Zealand enjoys, she has singlehandedly degraded them. She has undone the hard-earned economic and social stature that her predecessors worked so hard to reach. All in all, she has turned out to be the worst Prime Minister that Kiwis have ever had and going by their experience, come 2024 elections, they will not want to repeat the mistake of electing her again.