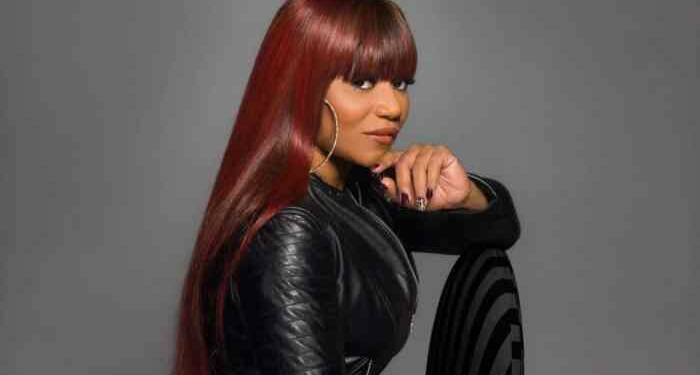 Leanne Clency Lyons (born July 17, 1973) is an American singer–songwriter and television personality better known by her stage name Leanne Lelee Lyons. Lyons is a founder member of the Sisters With Voices vocal group from the United States (SWV).

Leanne lelee lyons is a Bronx, NY native who currently resides in Atlanta, Ga. Currently, Lelee continues to travel the world with SWV, became a first time author of her memoir, “I Regret The Day I Lost My Virginity–You are Not Your Past” –a book that will encourage and inspire women and young girls all over the world to “Be Your Best You”, no matter what your past says.

Leanne Lelee Lyons was born Leanne Clencey Lyons in The Bronx, New York, and her father abandoned the family when she was ten years old, leaving her mother to raise her and her five siblings. Lyons had moved out of her mother’s house at the age of fifteen and begun living on her own. Lyons dropped out of Walton High School during her sophomore year, at the age of sixteen, to support herself and her newborn daughter.

Leanne Lelee Lyons formed Sisters With Voices (SWV) after being inspired by the TV competition show Star Search. She teamed up with her neighbor Cheryl Gamble to form a singing group. Soon after, Gamble introduced Lyons to her friend Tamara Johnson-George, a Brooklyn native, and the quartet was created. They had a great deal of commercial success as SWV.

SWV became one of the most successful girl groups of all time, selling over fifteen million albums worldwide and ranking as the fifth greatest selling lady group in R&B music.

Leanne Lelee Lyons is the CEO of LyonsGirl Entertainment, LLC and a founding member of the multi-platinum group Sisters With Voices (SWV). In 1997, SWV disbanded. Lyons expressed her feelings about the group’s breakup in a 2014 interview with WE tv: “I’m depressed and disorganized. I had no idea who I was. I didn’t have any motivation or light “..

Coko’s (Cheryl Gamble) manager approached her about a performance in Japan in 2001, after she had gotten her G.E.D. and was working at an accounting business. This story was told by Lelee on TV One’s Unsung.