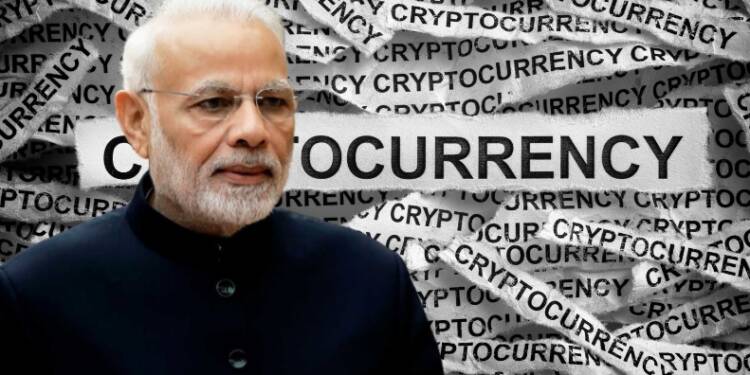 India has finally gone a step closer to adopting cryptocurrencies after years of waffling on the issue as it tries to stay up with the global trend toward digital assets. In her budget statement today, Union Finance Minister Nirmala Sitharaman announced that the Reserve Bank of India (RBI) will introduce its digital currency on April 1 this fiscal year.

According to her, the country also intends to tax profits from the transfer of virtual assets at a rate of 30%, essentially resolving any doubts regarding the legal legality of such transactions.

On the other hand, eight other countries, in addition to China, have outright restrictions on digital currency. Algeria, Bangladesh, Egypt, Iraq, Morocco, Nepal, Qatar, and Tunisia have all decided to ban cryptocurrency exchanges and services unilaterally. In such a situation, by making crypto taxable assets as well as declaring the creation of its digital currency, India has given a model for other countries to emulate.

India legalises crypto through regulation into the Indian market

According to industry estimates, India has 15 million to 20 million cryptocurrency investors, with total crypto assets valued at roughly 400 billion rupees ($5.37 billion). There are no official statistics on the size of the Indian crypto market. Proponents of digital currencies hoped that the creation of a formal tax system would protect the crypto business from some of the more harsh measures that the government was considering.

Sitharaman’s two-part announcement answered at least one concern about cryptocurrency that has hung over Asia’s third-largest economy for months. India has established a precedent by declaring a 30% flat tax on revenue from trading cryptocurrency and non-fungible tokens, as the world’s largest democracy has allowed its citizens permission to trade digital coins. It will also be one of the first countries to test its digital currency.

“Thirty per cent tax on income from virtual digital assets, while high, is a positive step as it legitimises crypto and hints at an optimistic sentiment towards further acceptance of crypto and NFTs,” said Avinash Shekhar, chief executive of ZebPay, a cryptocurrency exchange. This is a very positive step, given it will save a lot of transactions in India that could have remained untraceable and unchecked. Given similar situation has hit China.

A battle is going on within China– its Xi Jinping v/s crypto miners. Xi has been a longtime opponent of the cryptocurrency system. Beijing has its reasons to oppose Bitcoin and other cryptocurrencies. He wants to make Yuan a global currency and replace the US Dollar. Cryptocurrency creates a decentralised system, which doesn’t go with Beijing’s extensive regulation and invasion of the lives of Chinese citizens. Moreover, crypto mining takes an awful lot of power and as you know, China is struggling with widespread blackouts already. So, Xi banned crypto mining earlier this year.

At its peak, China accounted for 65 percent to 75 percent of the global market in crypto mining. By exiling crypto miners in May, and doubling down on the crypto mining ban in September and November, Xi wanted to bring down China’s share in crypto mining to zero. But cryptocurrency miners have proved to be more stubborn than Xi could even imagine.

As per CNBC, multiple sources say that China continues to account for 20 percent of the world’s bitcoin users. A Chinese cybersecurity firm said that there are an average of 109,000 active crypto mining IP addresses in the Communist country on a daily basis. Guangdong, Jiangsu, Zhejiang, and Shandong comprise most of such IP addresses.

However, in the case of India, it has now legalised the transactions in crypto and because of this, it has offset other the negative impacts of the underground crypto transactions.

Crypto exchanges also hoped the new tax regime would signal acceptance of digital currencies by the authorities and reassure corporates that they can enter the market. While India’s central bank has voiced “serious concerns” around private cryptocurrencies on the grounds that these could cause financial instability leading to several banks severing ties with crypto firms, this acceptance will change things on the ground.