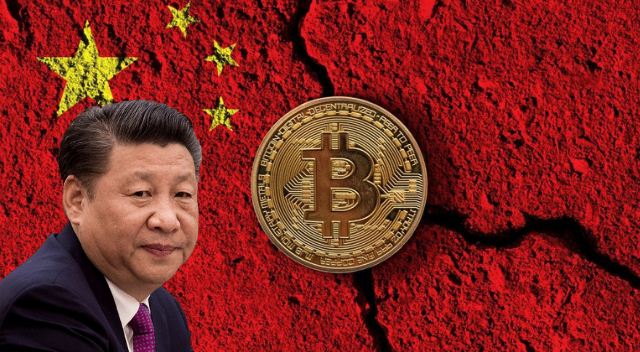 A battle is going on within China– its Xi Jinping v/s crypto miners. Xi has been a longtime opponent of the cryptocurrency system. Beijing has its own reasons to oppose Bitcoin and other cryptocurrencies. He wants to make Yuan a global currency and replace the US Dollar.

Also, cryptocurrency creates a decentralised system, which doesn’t really go with Beijing’s extensive regulation and invasion of the lives of Chinese citizens. Moreover, crypto mining takes an awful lot of power and as you know, China is struggling with widespread blackouts already. So, Xi banned crypto mining earlier this year. Last month, he also launched a brutal crackdown on remaining crypto mining holdouts. But guess what? Underground crypto miners in China keep defying Xi Jinping’s ban in a bid to mine bitcoin.

Xi claims that he is an environmentalist. You see, every one of his plans from imposing bans on Australian coal imports to reducing steel production is based on a single premise- carbon neutrality. It is a different matter that he didn’t import Australian coal because of his ego wars with Australian PM Scott Morrison, and China is compelled to reduce steel production because of a severe power crisis due to lack of coal imports.

Climate is a scapegoat for Xi, which he uses to cover up his blunders. In the case of crypto mining too, China says that it doesn’t want cryptocurrency because it interferes with the country’s carbon neutrality goal.

Also, China simply doesn’t have enough coal, and when the entire country is facing electricity cuts, an energy-intensive process like crypto mining isn’t really popular with Xi Jinping. But again, the power cuts are not taking place due to crypto mining. China is facing a power crisis, only because Xi did not import coal from Australia and thermal plants in the country couldn’t operate properly.

Now, we come to the real issue. Xi wants to strengthen his own central bank digital currency (CBDC)- the digital Yuan. Xi thinks he will become extremely powerful and make the US Dollar irrelevant.

And then, with digital Yuan, the CCP can always do what it loves to do the most- spy on its own citizens. CCP has a simple agenda- we want digital Yuan, and not cryptocurrency. Fred Thiel, a member of the Bitcoin Mining Council speculated, “China’s government is doing everything they can to ensure that bitcoin and other cryptocurrencies disappear from the Chinese financial systems and economy.”

Thiel added, “Part of this is to ensure the adoption of China’s central bank digital currency, and part of this is most probably to ensure financial surveillance activities are able to see all economic activity.” Now we can’t blame China for this, but we can see Jinping try and fail to assert his authority in the country.

At its peak, China accounted for 65 percent to 75 percent of the global market in crypto mining. By exiling crypto miners in May, and doubling down on the crypto mining ban in the months of September and November, Xi wanted to bring down China’s share in crypto mining to zero. But cryptocurrency miners have proved to be more stubborn than Xi could even imagine.

As per CNBC, multiple sources say that China continues to account for 20 percent of the world’s bitcoin users. A Chinese cybersecurity firm said that there are an average of 109,000 active crypto mining IP addresses in the Communist country on a daily basis. Guangdong, Jiangsu, Zhejiang, and Shandong comprise most of such IP addresses.

And then, we must also factor in the smarter miners. There are many crypto miners who simply use virtual private networks (VPNs) or proxy services to mask their locations and route their IP addresses through other countries, making it extremely difficult for Chinese authorities to track them.

So, you must be wondering how crypto miners are defying Xi’s ban? Let me explain. They conceal their geographical digital presence in order to avoid detection by authorities. They spread their mining equipment over several sites, so that the mining operations do not become apparent. Also, they go behind the metre, and draw power from local sources in order to avoid getting connected to the larger grid.

The CCP, on its part, has done everything under its control. In the provinces of Zhejiang, Jiangxi, Hebei, and Inner Mongolia, the CCP authorities have screened IP addresses for mining activity, raided underground crypto mines and even arrested or expelled CCP members for participation in crypto mining activity.

Even schools, hospitals, community centres, and other public institutions getting subsidised power were warned that if they participated in crypto mining, they will be charged with higher electricity prices. Even State-owned companies supporting crypto mining were warned of consequences, if found guilty.

However, there are hundreds of thousands of crypto miners all across China who are evading CCP authorities on an everyday basis and embarrassing Xi Jinping by defying his desperate ban. Crypto-mining has become an epidemic in China, and no one seems to be listening to Xi Jinping anymore.