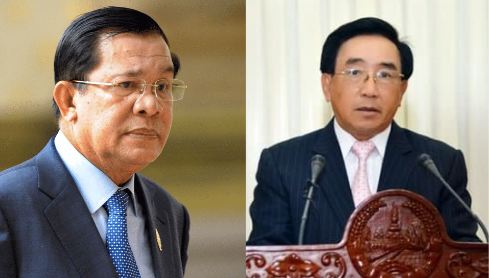 With the crypto-currency wars between China and Bitcoin or other crypto-currency systems intensifying, Japan is now stealing many of China’s frontline allies. In fact, Japan is reportedly giving Chinese client states like Cambodia and Laos an opportunity to get rid of their dependence on  digital Yuan of China. This is bound to hurt China’s dreams of dominating the global financial payments system.

Why China opposes the crypto-currency system

Crypto-currencies themselves have developed in aftermath of the failure of the traditional banking and financial system during the global financial crisis in 2008. The crypto-currencies created an alternate, decentralized system in which transactions could be made without going through a central authority or a centralized ledger.

However, since China has its own ambitions of making the Yuan a global currency and displacing the US Dollar. So, it does not really fancy a decentralized system that would not allow any national currency to monopolise the global financial system.

Also, China itself would not have fancied the cryptocurrency system because of the high level of decentralization and anonymity offered by the technology. China, being a totalitarian regime, does not want to lose regulation and control over financial transactions which is why it started opposing Bitcoin and other crypto-currencies.

However, China has not given up on digital money altogether. The crypto-currency ban in China coincides with the launch of the digital Yuan, China’s sovereign digital currency. Digital Yuan was envisioned by China way back in 2014 and has already distributed around $30 million in digital currency. Now, China is further encouraging development of digital Yuan by launching trial projects in large cities to develop a digital Yuan system.

China has been using its leverage with its allies to adopt the digital Yuan. In fact, it has already started considering cross-border digital Yuan payments. Till now, digital Yuan is in the initial stages of development and predominantly restricted to China’s own boundaries. However, Beijing plans to spread it to other parts of the world sooner or later.

Laos, for example, is looking to develop its own digital currency. As per Nikkei, Laos is taking help from a Japanese financial technology startup called Soramitsu for this purpose.

The Bank of the Lao People’s Democratic Republic recently signed a memorandum of understanding with the Japan International Cooperation Agency for the purpose of studying the issuance of a digital currency.

Bakong has proved to be an extremely successful venture. The digital currency currently has over 200,000 users, whereas a whopping 5.9 million users have benefitted indirectly with the use of online banking apps connected to the system. Soramitsu uses the open-source Hyperledger Iroha blockchain framework that allows a great deal of flexibility in operating a digital currency.

In Cambodia’s case, the success of Bakong shows countries can develop their own digital currency systems and they don’t have to depend on China’s digital Yuan any longer. This is why Laos also seems to have enlisted a Japanese tech firm for the development of its own digital currency. Japan is thus killing China’s hopes of dominating the global financial markets with the digital Yuan.