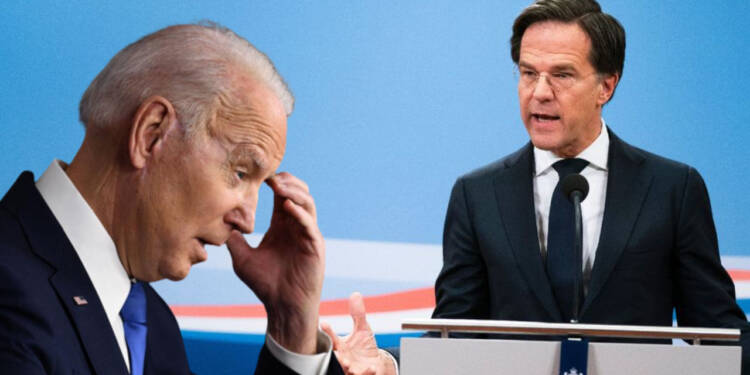 The Biden administration is a humbug when it comes to its stance on China. On one hand, Biden shows the world that the USA is standing up against China, but, on the other, the old senile never fails to please his master in Beijing. If one can recollect, the Biden administration had strongly advised Japan and Netherlands to disconnect their semiconductor supply chain from China, even though, the US and China are covertly shipping boxes of semiconductors between each other.

This hypocritical behavior by Mr. President needed to be debunked and the Netherlands has just done it. Amsterdam has once more reminded Biden that the world is not its puppet. According to Bloomberg, Dutch Foreign Trade Minister Liesje Schreinemacher has warned the US that the US shouldn’t expect the Netherlands to unquestionably adopt its approach to China export restrictions. Reportedly, Dutch Foreign Trade Minister has advised the US to stay within its limits. In an interview with a Netherlands-based newspaper, the minister stressed, “The Netherlands will not copy the American measures one-to-one, We make our assessment — and we do this in consultation with partner countries.”

Without mentioning details, Schreinemacher said that the Netherlands is likely to impose some export controls on China exclusively. Though she added that the Dutch government needs a little more time to consider and draft new regulations. The minister told the dutch newspaper “Our export license policy already contains limitations. The market for chips and semiconductors would likely come under closer scrutiny.”

For those who don’t know, in early October, the Biden administration introduced several measures aimed at limiting China’s abilities to secure advanced artificial intelligence chips and semiconductor manufacturing equipment, roiling the $580 billion global chip industry. US chip-equipment makers have indicated the new rules could erase billions of dollars in sales.

This nefarious attempt from the US to disrupt the semiconductor market was immediately understood by the Dutch authorities. The Netherlands and Japan were then advised to follow the diktat by Biden, but they didn’t. One of the few businesses that dominate the market for semiconductor manufacturing equipment is the Netherlands’ ASML. If Amsterdam submits to US pressure, ASML’s global dominance could suffer terribly.

Read More: “To hell with your war,” the Netherlands shows Biden his place and re-joins Putin

Netherlands jumping out of US camp

However, the Netherlands is aware of USA’s nefarious scheme. Amsterdam knows the fact that Washington loves to disrupt the market and fill the resulting gap with its supplies. This is the reason why the Netherlands, a few days ago also decided to waive off 90, yes 90 sets of sanctions on Russia. Also, Netherlands’ statement exposes the fact that the ideological gap between the US and the west is widening.

The Netherlands is a founding member of the European Union and NATO. But in a historical move amid the Russia-Ukraine war, it has also become the first country to withdraw sanctions against Russia. Now, Biden has literally got thrashed by Mark Rutte’s administration in Amsterdam. Soon, a few US officials are also set to arrive in the Netherlands to persuade PM Rutte for semiconductor regulation, but, it looks like even those attempts are bound to fail.