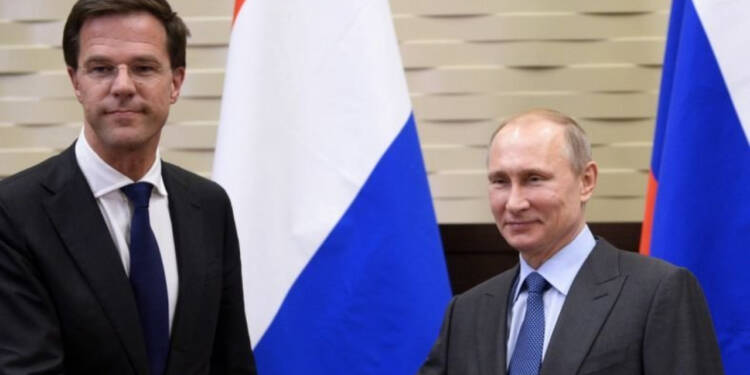 A founding member of NATO and the European Union has revolted against it. The Netherlands has shot down the European solidarity in flames. It has declared the absurdity of the Ukraine war and has openly defied US’ diktats on the EU’s internal affairs.

According to RTL Nieuws, the Dutch government has issued 91 waivers from sanctions against Russia. Russia has been sanctioned by the West since it invaded Ukraine late in February, but things are changing dramatically as of now.

According to the Ministry of Foreign Affairs, the information was “company-sensitive.” The spokesperson confirmed that sanctions exemptions have been permitted by the Ministries of Foreign Affairs, Economic Affairs, Finance, Infrastructure, and Education to “allow a degree of flexibility in specific cases.” Ministry of Finance has also granted 13 exemptions related to freezing of goods or assets that are subject to sanctions.

Moreover, Ministry for Climate and Energy granted 25 exemptions, allowing Dutch entities to continue purchasing energy from former Gazprom enterprises. According to the Ministry, 150 businesses and organisations, including municipalities, schools and water boards, benefit from the waivers.

For collaboration between the EU and Russia on “purely civilian matters,” the Ministry of Foreign Trade and Development Cooperation, which is part of the Foreign Affairs Ministry, granted 18 waivers to 13 groups on “humanitarian grounds.” One exemption was also granted by Foreign Affairs Ministry so that businesses may get payment from Russia. The Ministry of Foreign Affairs gave one exemption explicitly due to “diplomatic relations.” Transactions involving Russian banks with a majority owned by the State were allowed in this particular instance. However, this is not the first time, Netherlands has granted relaxations to Russia on sanctions. In April, when the European Union forbade ships flying the Russian flag from entering European ports, 34 ships were granted exemptions so they could enter Dutch ports since they were carrying crucial cargo like food and aluminium.

This is not it. Dutch high-tech firms are selling their technologies to firms created by the Russian secret service. According to a report by Financieele Dagblad, the Russian military intelligence agency had set up front firms and organisations to buy technology in the Netherlands and smuggle it into Russia for military use while avoiding sanctions. The items include anything from microchips to industrial paint and rubber for military vehicle tires. It’s hard to believe that this is being done without government approval.

The Netherlands is a founding member of the European Union and NATO. In a historical move, it has become the first country to withdraw sanctions against Russia. Additionally, its decision to waive sanctions has both symbolic and direct implications.

Waving off sanctions and helping Russia to evade sanctions hasn’t been done so openly by any other western country yet. It proves that the European country values its sovereignty more and is ready to refuse to walkon the path shown by USA.

It is a major blow to Biden’s efforts to unite Europe against Russia to fill American coffers and destroy Europe. Europe needs an independent foreign policy and Netherlands has shown how it’s done.

After France, UK delivers another international embarrassment to the Trudeau administration