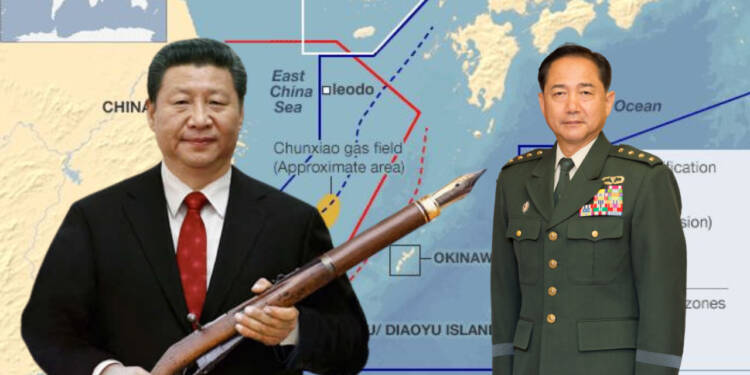 The security competition in Asia is now intensifying. Japan is realising the threat posed on its territories by China and it is now taking a dramatic stance to counter that. The history of Japan, China and Russia has been mired with conflicts and rifts emanating from imperialism, territorial and maritime disputes which stand moot to date. Japan’s geopolitical location exposes it to the China threat which is why Tokyo is now in action mode. It is now taking measures to counter the Chinese dominance in the region.

Countries like Russia, China and even North Korea which have a history of imperialism and territorial expansion are in proximity to Tokyo which has now started giving nightmares to the country. China has been engaging in mischievous acts around Japan’s borders which have raised the alarm in the country. Tokyo has started ramping up its defence strategy to safeguard its territories from China.

Tokyo’s traditionally limited defence spending has always sounded like music to China’s ears and hence it becomes imperative for Japan to take measures to safeguard its territory before the menace starts its drill of incursion. Now, how can that be achieved still remains a question but what if Japan can take lessons from its friend, India?

Let me narrate a story about India to make you understand what I am saying.

A day in Kashmir, India, in the year 1999. There was peace in the air, only until a local shepherd Tashi Namgyal who went out to look for his missing yak and saw some camouflaged Pakistani intruders. He went on to warn the nearest post of the Army which when further cross-checked the information came out to be true. Yes, that was how the local population of the region helped India in the Kargil war of 1999. The role played by the local men living in the bordering region was very crucial for realising the threat Pakistan was posing to India and only because of that India could counter the intruders on time.

And now, it seems that Japan has learnt that lesson well. Tokyo has now realised the significance of the shrinking population in the ‘unfashionable’ yet ‘important’ regions of the country. Regions that share borders with China expose it to the biggest threat. So, now the Japanese government has recently announced a relocation plan for the population residing in Tokyo. Japan’s government is reportedly paying couples one million yen per child as a huge inducement to leave the greater Tokyo area. According to the Guardian, which cited Japanese media, the relocation fee incentive will be implemented in April of this year as part of a government initiative to encourage people to relocate to the country’s ageing rural towns and villages.

The Covid pandemic caused Tokyo’s population to decline for the first time last year, but according to Japanese politicians, much more work needs to be done to reduce the city’s population density. They also think that such action is required to persuade people to settle in “unfashionable” regions of the nation that have been severely affected by population declines brought on by extensive migration.

The payment is a supplement to the nearly three million yen in financial aid that families already have access to for the same purpose. According to reports, it will be given to families residing in the 23 “core” wards of Tokyo, Saitama, Chiba, and Kanagawa.

Read More: Japan takes another step towards militarizing anti-China nations in the Indo-Pacific

The government has now come up with this initiative of relocating these people to regions which are thinly populated. These areas include the of Kuril islands or the Northern territories and Senkaku islands among others. Japan’s geopolitical location owing to its proximity with Russia and China exposes it to oblique threats from the two countries. The shrinking population in these regions nearing China is pushing Japan into the mouth of danger. Japan’s anti-Russia and anti-China course have led to the standoff over the islands which is why it becomes important for Tokyo to counter the decreasing population in the regions. Perhaps, Japan has learnt that lesson from India and hence is now in a bid to build a defence wall against the two countries.

Sudan is mass producing gold and yet it remains impoverished