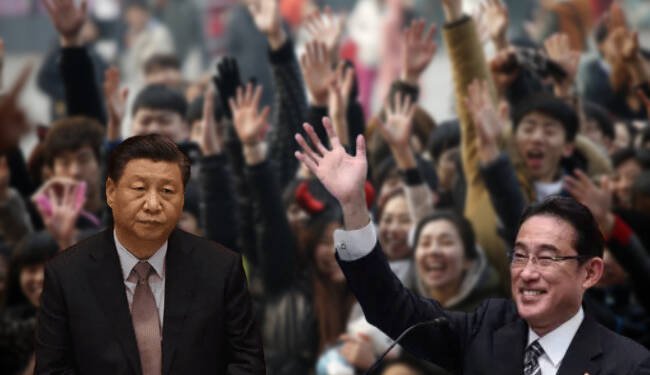 Even as the Chinese Communist Party enmeshes itself in myriad conflicts with Tokyo, the Chinese people continue to admire the Japanese in incredible proportions. Bilateral ties between Japan and China have witnessed a slump in the past few years, with boundary disputes and the Taiwan issue bulking larger. Japan’s overt support of Taiwan’s independence and its assertion over the Senkaku Islands make the CCP jittery and anxious. However, Japan’s righteous war against the CCP has hardly dissuaded the Chinese people from openly expressing their love for Japan.

A recent opinion poll has suggested so, stating that young Chinese hold positive views about the Sino-Japan relations and consider China’s economic ties with Tokyo extremely important for their future growth. The poll was jointly conducted by China International Publishing Group (CIPG) and the Japanese think-tank Genron NPO. Around 1,547 Chinese residents living in 10 Chinese cities including Beijing, Shanghai, Guangzhou and Chengdu participated in the poll between August and September.

While the ratio of the Chinese people supporting better ties with Japan remained lower in the combined data, the Chinese young people were particularly betting for the elevation of Beijing’s ties with Tokyo. Around 32.1% of Chinese respondents held a “favorable” or “relatively favorable” impression of Japan that was 13.1 percentage points lower than the previous year. However, the data showed exciting results when perused for the response from young Chinese.

About 39.1% of Chinese poll-takers aged between 18 and 35 regarded Japan as “favorable” or “relatively favorable,” with 30.6% of them hoping bilateral relations would be “better” or “relatively better” in the future.

These were the other key takeaways from the opinion poll:

Hence, this makes it abundantly clear that Japan’s soft power remarkably weighs down China’s diplomatic and economic offence against Japan. Other surveys and reports revolving around the same issue have also underscored how the Chinese people look askance upon the way their government treats the Sino-Japan relations. For instance, Chinese people expressed their grave concerns over a speech by President Xi Jinping in June this year, when the President talked about “breaking skulls” of the foreign powers seeking to bully them.

Chinese citizens have expressed concerns that the Communist Party has ruined the image of the nation and personal relationships with the Japanese people. “China is not equal to the Communist Party,” said Zhang Yong, a 45-year-old architect. “I hope more Japanese will visit China and know more about what we are now, after travel restrictions in the wake of the coronavirus pandemic ease.”

They have also expressed concern that Beijing’s alleged intellectual property theft and human rights violations in Xinjiang, may drive more Japanese companies out of the Chinese market. The Communist Party-led government’s reported attempt to cover up information about the virus in the initial stages of the outbreak “has dealt a crucial blow to the image of China” Zhang said.

Read More: Bad relations with Japan is making the Chinese people disown CCP and its policies and discontent is soaring

The most common reason for the positive attitude by Chinese people toward Japan was because Japanese are ‘polite’ and they ‘put emphasis on manners’ with ‘high cultural standards, the organization said. As reported by Japan Times, Li Xinyuan, a 36-year-old engineer, said “Not all of the Chinese citizens are compliant with the Communist Party. I hope Japanese will watch China without prejudice and get along with Chinese, who are essentially kind and friendly.”

The world knows how the Jinping regime is the most disliked government in the world. And now this opinion poll has also revealed how Chinese people don’t like to associate themselves with the CCP’s disastrous foreign policy. The CCP’s policies have ostracized China on the global stage. With no friends and no allies, China has become the true pariah of the modern world. Hence, the Chinese are now openly supporting the CCP’s biggest rival to register their resent.