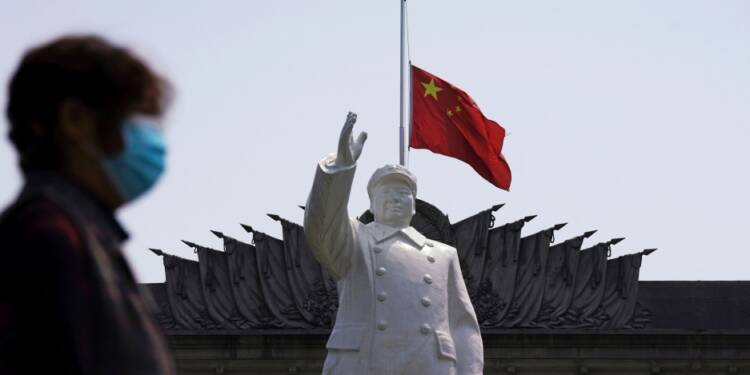 China under Xi Jinping has been going all guns blazing against any and every country with which it has even minutest of reservations, and since the pandemic, it has succeeded in increasing its enemies. Even countries which earlier were of the belief that working alongside China would be a walk in the park, are now finding it intimidating, as CCP continues its aggressive foreign policy. One country which has openly stood its ground to challenge these policies and create a countervailing force to it is Japan. However, with tensions rising, the Chinese citizens are getting concerned. Going ahead, bad relations with Japan are making the Chinese citizens start to disown CCP as well as its policies with discontent soaring at an all-time high.

In a keynote speech at Thursday’s commemoration, Chinese President Xi Jinping warned foreign powers that if they bully China, they will face “broken skulls and bloodshed in front of the iron Great Wall of the 1.4 billion Chinese people.” These types of over-sensitized speeches may have worked earlier but under the current situation, it is dissuading many Chinese people. Many Chinese citizens appear to be concerned that the governing party’s aggressive and confrontational stance toward Hong Kong and Taiwan, as well as in the South and East China seas, may pose a severe threat to the country’s neighbours, especially Japan.

Chinese citizens have expressed concerns that the Communist Party, which marked the 100th anniversary of its founding on Thursday, has ruined the image of the nation and hindered personal relationships with Japanese people. “China is not equal to the Communist Party,” said Zhang Yong, a 45-year-old architect. “I hope more Japanese will visit China and know more about what we are now, after travel restrictions in the wake of the coronavirus pandemic ease.”

They have also expressed concern that Beijing’s alleged intellectual property theft and human rights violations in Xinjiang, may drive more Japanese companies out of the Chinese market. The Communist Party-led government’s reported attempt to cover up information about the virus in the initial stages of the outbreak “has dealt a crucial blow to the image of China” Zhang said.

According to a survey conducted between September and October of last year, 45.2% of Chinese had a ‘favourable’ opinion of Japan. Since comparison data became available in 2005, this was the second-highest proportion. The most common reason for the positive attitude by Chinese people toward Japan was because Japanese are ‘polite’ and they ‘put emphasis on manners’ with ‘high cultural standards’, the organization said.

As reported by Japan Times, Li Xinyuan, a 36-year-old engineer, said “Not all of the Chinese citizens are compliant with the Communist Party. I hope Japanese will watch China without prejudice and get along with Chinese, who are essentially kind and friendly.”

All these comments, coupled with the survey, go a long way to show that the Chinese people are increasingly discontent with their Communist leadership. The worsening relations with Japan may become a catalyst in making the Chinese people disown CCP and its policies.

Obama had set the Arab Spring in motion, Biden is starting the Horn of Africa spring