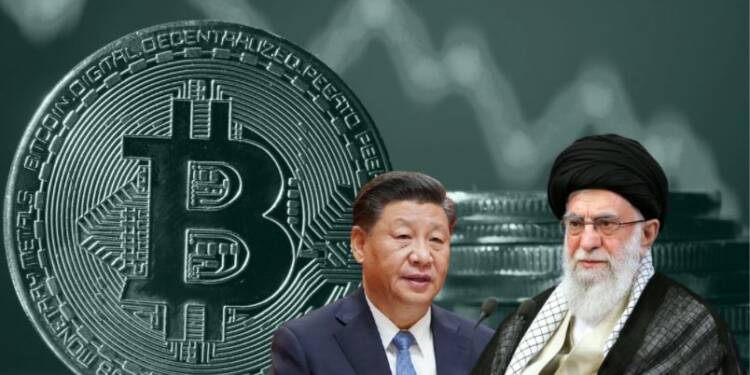 As per latest reports, Iran has seized 7,000 cryptocurrency mining machines in an abandoned factory near Tehran. Only recently, Iran had banned mining of cryptocurrencies like Bitcoin, and now it seems to be escalating its campaign against cryptocurrencies at the instance of China which wants to endorse its state-backed digital Yuan.

JUST IN – Iran seized 7,000 cryptocurrency mining machines in an abandoned factory west of Tehran, the state news agency IRNA reported. Iran banned the mining of cryptocurrencies such as #Bitcoin recently.

Cryptocurrencies themselves have developed in aftermath of the failure of the traditional banking and financial system during the global financial crisis in 2008. The cryptocurrencies created an alternate, decentralized system in which transactions could be made without going through a central authority or a centralized ledger.

Also, cryptocurrencies keep records of all transactions publicly available and stored on lots of different computers. In order to verify transactions, cryptographic algorithms are used where Bitcoin miners come into play. They use their computers to carry out complex cryptographic work for adding new transactions to the ledger. In return, they get a small amount of cryptocurrency themselves.

Many countries like El Salvador are also beginning to rely on cryptocurrencies because they feel that this system is more egalitarian and fair. It bypasses the centrality of the US Dollar in global financial transactions. And therefore, the US is no longer able to abuse its dollar hegemony for imposing harsh financial sanctions on rivals.

Yet, China has been a longtime opponent of the cryptocurrency system. Beijing has its own reasons to oppose Bitcoin and other cryptocurrencies. Firstly, China has its own ambitions of making Yuan a global currency and displacing the US Dollar. So, it doesn’t really fancy a decentralized system that would not allow any national currency to monopolies the global financial system.

And secondly, China itself would not have fancied the cryptocurrency system because of the high level of decentralization and anonymity offered by the technology. China, being a totalitarian regime, doesn’t want to lose regulation and control over financial transaction which is why it started opposing Bitcoin and other cryptocurrencies.

As for Iran, the Shi’ite country has felt the pain of American sanctions and Dollar domination in global financial transactions. So, it has no qualms in helping the rise of Chinese state-backed digital Yuan and undermining Bitcoin or other such cryptocurrencies.

China’s engagement with Tehran clearly incorporates its plans to challenge both US Dollar domination and the meteoric rise of cryptocurrency. For China, the use of a single-source, State-backed currency called the digital Yuan in international transactions will give it unprecedented diplomatic leverage over its rivals.

On the other hand, the US is itself witnessing a peculiar backlash against mining of Bitcoin. Influential Democratic lawmakers like Elizabeth Warren are pushing back against Bitcoin, while arguing that cryptocurrency transactions consume too much of energy and ruin the environment. When the Democratic lawmakers push back against Bitcoin, it directly helps China in working towards its ambition of internationalizing Yuan and undermining competitors like Bitcoin.

China already has a strategy to undermine cryptocurrencies, and ir is pushing its own digital currency for the purpose. This is high time the US did something about this, or else the digital Yuan would grab a huge market in global financial transactions. Other countries, particularly Beijing’s rivals, too start working on their digital currencies for the sake of national security and for avoiding dependence on a China-backed currency in global financial dealings.