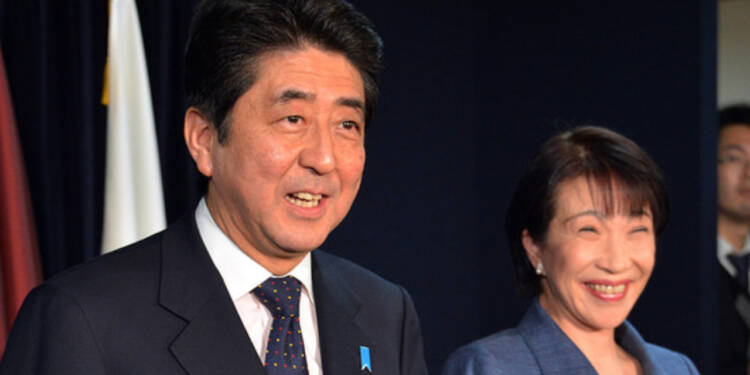 After Shinzo Abe’s demise, Japan has failed to find his true heir. A leader who can show and assist Japan in treading the path to its resurgence. A leader who has an independent foreign policy and stands up to its main aggressor China. But after a few months of his demise, a name has surfaced. It’s Sanae Takaichi.

Due to her rising popularity, Sanae Takaichi, the lawmaker from Nara was appointed as Economic security minister by Prime Minister Fumio Kishida. Takaichi is a China leader hawk who gained the nickname “The Iron Lady” in some Japanese media for her ardent support of the late British prime minister Margaret Thatcher.

Sanae Takaichi has been mentored by Shinzo Abe and former prime minister Junichiro Koizumi who envisioned economic reforms in Japan over the last 20 years. From the perspective of structural transformation, Junichiro Koizumi’s presidency from 2001 to 2006 was a watershed moment. The massive Japan Post system was privatised by the Koizumi administration. It managed the largest savings institution in the world, using money that politicians had used in the past to pay pointless expenditures.

Read More: Japan takes another step towards militarizing anti-China nations in the Indo-Pacific

Koizumi then handed the torch to Shinzo Abe. Shinzo Abe continued the legacy and opened up the labour market, did away with red tape, promoted innovation and made women “shine” by closing the gender wage gap. He also boosted their representation in top management and politics. While a lot has been done, there are still a lot of areas where Japan has fumbled after Abe stepped down.

Since Fumio Kishida became the Prime Minister, Japan has fumbled on the path shown by Shinzo Abe. Kishida has followed US’ directives on foreign policy and failed to establish his independent voice in global arena. Moreover, Kishida’s support to Ukraine has severed Tokyo’s ties with Moscow. It nearly costed Japan the Sakhalin projects which are necessary for its energy security.

Further, Japan’s economy has suffered because of supply chain disruptions because of the Ukraine war. The freefall of the Yen is being talked about by every economist. As a result of all this, according to a recent Jiji public opinion survey, the approval rating for Prime Minister Fumio Kishida’s Cabinet dropped to 27.4% this month, falling for the first time below 30%.

Meanwhile, 23.9% of respondents cited the ineptitude of Kishida’s administration as a cause for their disapproval of the Cabinet, followed by 17.1% who cited the lack of his ability to lead.

Who is Sanae Takaichi?

As Kishida’s leadership skills have been questioned, Sanae Takaichi is figuring in the names of the leaders who can steer Japan forward. Her style is seen in a similar line to Donald Trump’s. With her handling economics security ministry, her importance is bound to grow. For economies from the most developed to the least developed, a ministry of this kind is worthwhile contemplating the fall of free trade and the growing concerns of global decoupling and trade polarisation.

In her critically important ministry, the critical tasks include maintaining supply chains, safeguarding intellectual property, guaranteeing manufacturers easy access to raw materials, minimising vulnerabilities in power grids, pipelines, undersea cables, and other critical infrastructure, and producing rare earth magnets and semiconductors of the highest calibre. And that clearly means that she has proven her caliber in the toughest of times.

As the first woman to run for prime minister of Japan in 2021, Sanae Takaichi mainly ran on an anti-China platform. She’s so anti-China that when asked about which country her ministry would focus on, she said, “We don’t have a specific nation to watch in mind. However, we must keep a close eye on countries that could impact our economic security, including China.”

A new ministry can put Japan back in the game. And Sanae Takaichi will be key to it. But, her ministry needs to be allocated adequate resources from the parliament to succeed. And, if that happens, China would quiver in its boots, as its economic prowess has already faced a jolt after the Covid-19 crisis. Any further attack can be a threat to its goal of becoming a high-income country.

Further, her ideas of‘ Sanaeconomics’ would be a step in the direction of ‘Abenomics.’ Hence, she’s the one who holds the key to saving Japan.