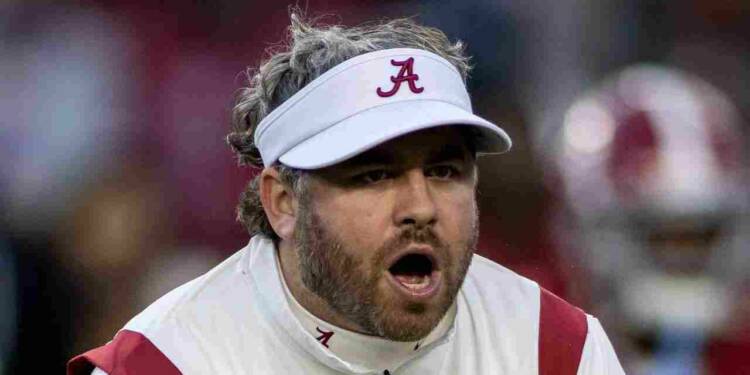 Pete Golding is an American football coach who is the defensive coordinator for the Alabama Crimson Tide. Stephen Thomas Golding was born on February 8, 1984 in Hammond, the largest city in Tangipahoa Parish, Louisiana, United States.

Pete Golding is popular on social media and has been followed by over 26k people on twitter. He joined twitter in 2014 and has been active since then. He can be reached at @CoachGolding on twitter.

From 2002 to 2005, Golding was a four-year starter at safety for the Delta State Statesmen, racking up 285 career tackles to rank third in school history and nine career interceptions to rank fourth. After leading the team with 85 tackles, two interceptions, and eight pass break-ups in 2004, the free safety was named All-Gulf South Conference. He had 81 tackles, five tackles for loss, two interceptions, and two forced fumbles as a senior in 2005.

In 2006, Golding started his coaching career as a graduate assistant on the staff of former Delta State head coach Rick Rhoades. The Statesmen finished the season 12–3 and progressed to the NCAA Division II Semifinals, where they were defeated by eventual national champion Grand Valley State.

Pete Golding joined Alabama head coach Nick Saban’s staff in December 2017 and will serve as the Crimson Tide’s co-defensive coordinator and inside linebackers coach for the 2018 season.

Pete Golding came to Tuscaloosa after spending the previous two seasons at the University of Texas-San Antonio, where he coached defensive backs and served as the defensive coordinator.

He helped lead the Roadrunners to six wins and their first bowl game, the Gildan New Mexico Bowl, in his first season with the team in 2016. His defense set school records for tackles (934), tackles for loss (77), sacks (27) and quarterback hurries (27) in a single season (38). Individually, linebacker Josiah Tauaefa set a new UTSA season tackle record with 115 tackles on his way to becoming the program’s first Freshman All-American (Football Writers Association of America) and earning first-team all-conference honors. Second-team all-conference honors were given to defensive end Marcus Davenport and safety Michael Egwuagu, while honorable mention was given to safety Jordan Moore.

After two years as an assistant coach at Southern Miss, where Pete Golding coached the safeties, Golding joined the UTSA staff. The Golden Eagles posted a six-win improvement in his second season, finishing 9-5 overall with a trip to the Heart of Dallas Bowl while winning the Western Division of Conference USA. He is a very active coach and set many milestones like these.

Best Embarrassing Quotes that are worth sharing