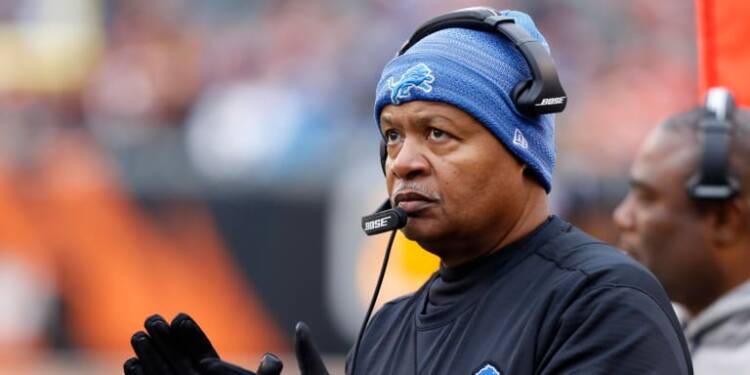 James Caldwell was born on the 16th of January in 1955 in the United States of America. He is a football coach in the United States. From 1993 to 2000, he was the head football coach at Wake Forest University, and from 2009 to 2011, he was the head coach of the Indianapolis Colts and the Detroit Lions. In this article we are going to talk about the biography, career, notable works, games and family of James Caldwell so read the article till the end.

James Caldwell has been a member of two Super Bowl-winning teams in his career: the 2006 Indianapolis Colts (Super Bowl XLI) over the Chicago Bears, and the 2012 Baltimore Ravens (Super Bowl XLVII) over the San Francisco 49ers.

Caldwell had a 26-63 record in eight years. He instituted a potent passing attack that established numerous school records, many of which have since been broken by his successor, Jim Grobe. His teams, on the other hand, rarely ran well; one year, the Demon Deacons’ leading rusher only rushed for 300 yards all season.

Caldwell joined Tony Dungy’s staff as quarterbacks coach with the Tampa Bay Buccaneers in 2001. He followed Dungy to Indianapolis in 2002 and stayed with him for the rest of his career, helping the Colts win Super Bowl XLII.

Caldwell was named quarterbacks coach by the Baltimore Ravens on January 30, 2012, thirteen days after being fired by the Indianapolis Colts.  On December 10, 2012, Cam Cameron was fired and Caldwell was named offensive coordinator.

On January 22, 2013, the day after defeating the New England Patriots in the AFC championship game, head coach John Harbaugh announced that Caldwell would be the team’s permanent offensive coordinator for the 2013 season. In Super Bowl XLVII at the Mercedes-Benz Superdome on February 3, 2013, Caldwell helped lead the Ravens to a 34-31 victory over the San Francisco 49ers.

James Caldwell was named head coach of the Detroit Lions on January 14, 2014.  He was the Lions’ first African American to hold the position.

Caldwell’s first season with the Lions saw them go 11-5 and make the playoffs as a wild card. The Dallas Cowboys defeated them in the first round by a score of 24-20.

The Lions had a 1-7 record halfway through the 2015 season, and both team president Tom Lewand and general manager Martin Mayhew were fired.

There was speculation that Caldwell would be fired as well, but the Lions won a road game against the Green Bay Packers the following week for the first time since 1991.

We hope this biography article of James Caldwell will be helpful for you to understand his journey and works.