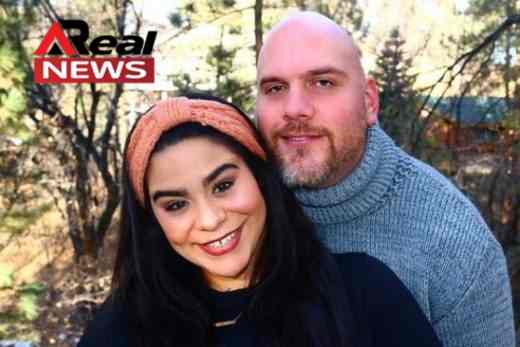 Adam Celorier is an actor from the United States. He was born in the Massachusetts town of Framingham. He rose to prominence as a result of his romance with Jessica Marie Garcia, the actress from Liv and Maddie, whom he eventually married.

His birthday is August 13th, 1979. Adam Celorier is 42 years old, according to sources. He is of Caucasian racial origin.

Adam Celorier can be reached at @AdamCelorier on twitter and is not much popular on twitter. He introduces himself as “im that guy you call when you need help and a great hug” on twitter.

Jessica Marie Garcia married Adam Celorier in 2018. Jessica and Adam got engaged for the first time in 2016. Jessica’s On My Block co-stars were in attendance during her wedding in 2018.

After attending a technical high school for commercial art, he went to the New England Technical Institute for Television and studied Associate of Arts and Sciences (A.A.S.), Film, Television, and Radio Production during 1998 to 2002.

Barracuda is a unique, vengeance-themed story and a novel take on sexual perversions, the lives it affects, and the pursuit of it, based on true occurrences. Summer is at the end of her emotional rope when we first meet her, a sensitive yet cynical portrait artist who supplements her income as a phone sex operator from her decrepit old houseboat in Venice. The callers have penetrated her nightmares at night, which she began documenting as proof that normal, professional men may also be pedophiles and rapists.

The story of Palm Swings is as follows- When a young married couple moves to Palm Springs, their love is put to the test when they discover their neighbors are swingers. When their crazy exploits threaten to wreck their marriage, they get more than they bargained for.

Adam Celorier started his career on Security Field at Los Angeles Dodgers during Mar 2009 – Oct 2009 for 8 months where he monitored the guests, searched and assisted guests at main gates, helped quell fights and escort ejected guests.

Adam Celorier was a Props Master at Mercury Rising Productions during May 2009 – Oct 2009 for 6 months at Los Angeles where he purchased props for the film, assisted the producer and director with errands, script supervising.

The following timeline will cover only a part of his career, he worked with numerous firms in different positions for a very short period of time on every firm and he never worked with any firm for a long period of time.

The timeline will follow this arrangement-
“Position
Firm
period”