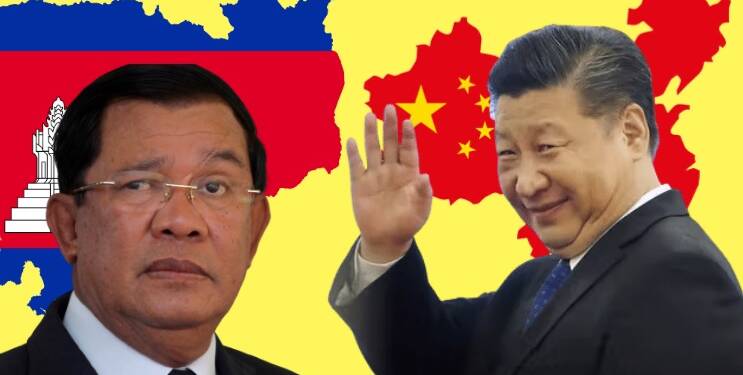 Cambodia, which currently chairs the ASEAN, has been several times blamed for its lobbying and support for China. The world knows about the deep nexus between China and the current Cambodian Prime Minister Hun Sen’s ruling Cambodian People’s Party (CPP). It is a well-known fact that PM Hun Sen is a poodle of China. Be it any forum or stage, ASEAN or any other international event, he has always pushed forward the Chinese agenda and lobbied for the Chinese narrative.

Last month, Hun Sen paid a visit to Myanmar overlooking the concerns of ASEAN. It was all at the behest and support of China. ASEAN accuses the Burmese military of reneging on the five-point consensus and has declared an unofficial boycott of the Junta regime. While ASEAN nations continue to raise voices against the human rights violations in the Junta regime, Cambodia has been pushing the Chinese agenda of legitimizing Myanmar’s Junta regime.

Hun Sen’s controversial trip has been criticized by human rights groups and other members of ASEAN for legitimizing the military’s takeover of a country that had just enjoyed a decade of democracy – out of the last 60 years of military dictatorships.

A group of six opposition political parties of Cambodia, including the fastest-growing Candlelight Party, are in regular talks and discussions to form a political alliance to compete with and challenge the PM Hun Sen’s ruling Cambodian People’s Party (CPP) ahead of next years general election. Speaking to the RFA’s Khmer Service, the leaders of the six parties said that they are aligning on overlapping goals for electoral reforms in the near term while working towards the formation of an alliance in time to challenge the CPP in the 2023 general elections.

The founder of Cambodia Reform Party and former CNRP senior official Ou Chanrath said that the six parties are working together step by step. He said, “We will have a serious talk for the general election on how to compete with the CPP. If we aren’t united, I believe it will be tough to compete with the ruling party”.

The spokesman of Grassroots Democratic Party Loek Sothea said, “Even though the parties have been busy preparing their individual platforms in the commune election, they have made time to work together”. He added, “Recently, the parties collaborated on a joint request to the National Election Commission to amend the country’s electoral laws”. He further said, “We have advocated on a few issues of common interest”. He said that the parties will continue to produce joint statements in the future.

Kim Sok, a political analyst said on Wednesday that since the Candlelight Party and the other five opposition parties share common goals and have a common enemy, an alliance is a natural choice.

Indonesia, Malaysia and Vietnam have very well realised Hun Sen’s puppet diplomacy and that’s why they are now openly criticizing the Cambodian PM and warning him of severe consequences. They criticized the Cambodian PM’s controversial trip to crisis-ridden Myanmar. Myanmar’s coup leader Min Aung Hlaing was not even invited to the late last year’s ASEAN summit. Before that, ASEAN’s special envoy had also cancelled his trip to Myanmar after he was told that he won’t be allowed to meet democratic leaders such as Aung San Suu Kyi.

Read More: As we predicted Cambodia begins taking ASEAN in the direction China wants it to

The Hun Sen and his Cambodian People’s Party (CPP) is getting encircled on national as well as international fronts. On one hand, his domestic policies have brought all the opposition parties of Cambodia together. On the other hand, his Chinese puppet policies have irritated ASEAN countries. It is for sure that Hun Sen is bound to lose his PM seat during next year’s election but that would not be just a normal power transfer, but rather an embarrassing one for him. While his domestic oppositions will rejoice to see him go, it would be a game over for China and its ASEAN invasion plans.