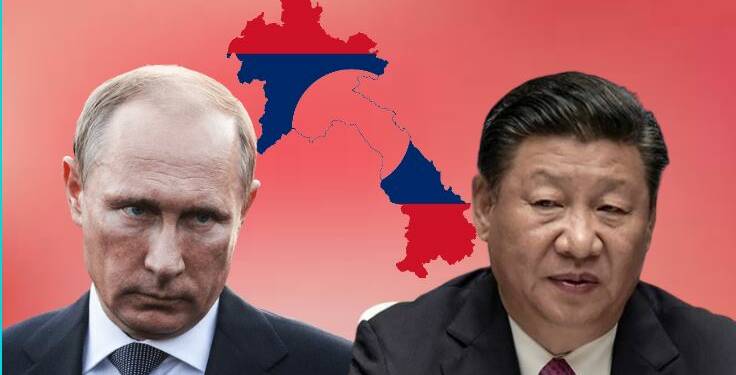 Two Southeast Asian nations that have been politically usurped by China in their entirety are Laos and Cambodia. Both the nations have been tactfully debt-trapped by the communist nation. The vehement foreign influence has endangered these nations’ sovereignty and territorial integrity.

China’s deep pockets have nearly neutralized anti-China voices in the Mekong basin countries. Sadly, none of the western nations seems to be paying heed to the ongoing colonization of Laos and Cambodia. But, Russia’s interference has now come as a blessing in disguise for Laotians.

An East Asia Forum report suggests that Russia has rejoined the fray in the Southeast Asian nation to counter the burgeoning Chinese influence. The wily Putin administration is strengthening its ties with anti-China powers in Laos. The report read, “For the first time in decades, Russia contributed funds to several United Nations development projects in Laos, and Russian university scholarships for Lao students continued to outnumber those offered by most other nations.”

While it’s true that Russia can’t match China’s economic influence in Laos, the former Soviet state is now striving to wield military influence over the nation. Last August, a joint military exercise between the Laos People’s Army and the Russian military had taken place in the Russian Far East. Laos’ armed forces also took part in the International Army Games held in Russia the same month.

Also, Russia’s close ties with Laotian top political elites who have had studied in the Soviet Union also help Russia wield considerable influence in the communist nation. They are fluent Russian speakers, many of whom now occupy key positions in Laos. Altogether, it won’t be as difficult for Russia to carve out a space for itself in Laos as it seems.

Possibility of a Russia-Japan alliance in Laos

China’s debt trapping of Laos has naturally spurred concerns for excessive Chinese influence among some Laotians. Clearly, they prefer Russia over the west to help them stonewall China’s efforts of colonising their nation. Interestingly, Japan is also striving to scuttle China’s influence in this part of the world. Japan economy has the capacity to overshadow China’s economic influence in Laos. So, possible coordination between Japan and Russia in Laos can counter both China’s economic as well military influence.

How did China amass its influence in Laos?

With the completion of the impractical high-speed railway project, coupled with the socio-economic vulnerabilities, China continues to dominate the Laotian economy and politics. The people of Laos in the recent past have been forced fed Chinese culture, in bordering regions they are being used as forced labour, and to top it all off, the government of Laos has entirely sold out to the Chinese Communist Party.

This has led to China effortlessly debt trapping the nation. According to the World Bank, Laos’ $19.14 billion GDP accumulated an extra $13.3 billion in debt last year. Fitch Ratings cautioned in August that the country will confront severe debt payment commitments of $1.16 billion per year from 2022 to 2025, half of which would be owing to China. The country’s foreign reserves were $1.2 billion in May, compared to $1.32 billion at the end of 2020.

By undermining China’s influence in Laos,  Russia considers Central Asian nations its sphere of influence, and China’s wide geopolitical strides in this region have sparked concerns in Moscow. Now, Russia is making China taste its own medicine in Laos; and China has no other option left other than to watch Russia helplessly.