‘The moment Trump left, they stopped bothering about us,’ the Marshall Islands minces no words against Biden 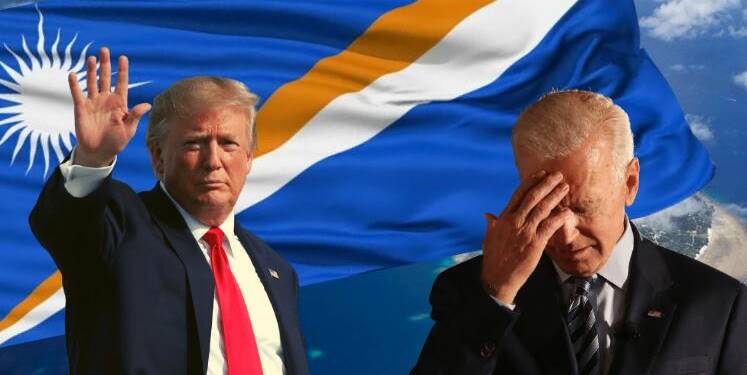 Back in November last year, ten Democratic and Republican members of the House of Representatives wrote to Jake Sullivan, President Joe Biden’s national security adviser, about the Marshall Islands, Micronesia, and Palau compact talks. “It is distressing that these negotiations do not appear to be a priority — there have been no formal meetings since this Administration began — even as our international focus continues shifting to the Indo-Pacific,” they wrote.

Now, the reality of the Biden administration’s ignorance of strategically important Marshall Islands is out in full public view. Despite the fact that America’s top diplomat is visiting the Pacific region to counter China’s growing power and influence, the Marshall Islands’ ambassador to Washington said talks to extend accords governing military access had stalled.

Despite the Biden administration’s promises of boosting Indo-Pacific engagement, the envoy, Gerald Zackios, told Reuters that there had been no talks on renewing its Compact of Free Association Agreement (COFA) with the United States since the end of the Trump administration in 2020.

The United States began testing atomic weapons in Bikini Atoll, 125 miles west of Rongelap, in 1946. However, the 1954 test, on the other hand, was unique. There were no evacuations, and “Castle Bravo,” as it was known, was the largest of the thermonuclear bombs detonated during the military’s 67 tests, “a thousand times the size of the bomb that destroyed Hiroshima,” according to Pincus. The fallout reached the coasts of Rongelap in just hours, blanketing the island in radioactive debris and coating houses and coconut palm trees.

The Biden administration is not willing to work with the Marshall Islands which has long been a staunch American ally for decades and instead engage in petty squabbling. These confrontations with its long-standing ally can give China the negotiating space to replace the US, given Beijing’s obvious intentions in Micronesia and Polynesia.

Because of its strategic location in the middle of the Pacific Ocean, the Marshall Islands have become a major military base for the United States and provide Washington with the strategic edge in the region. But, amid disagreements with Washington over the terms of its “Compact of Free Association,” which is set to expire soon, the allegiance and long-standing friendship is being put to the test.

The United States has refused to negotiate with the Marshallese over claims for environmental and health harm resulting from dozens of nuclear tests conducted in the 1940s and 1950s, including a massive thermonuclear detonation on Bikini Atoll.

This, according to Gerald Zackios, is due to the fact that President Joe Biden has yet to select a negotiator to discuss topics other than economic aid, such as recompense for the legacy of major US nuclear testing on the islands, the existence of US military bases, and climate change mitigation.

Last week, a senior Biden administration official told Reuters that the government intends to start a new Pacific Islands effort with friends and partners, as well as finish COFA negotiations with the Marshall Islands, Federated States of Micronesia, and Palau, but specified no timescale. The compacts in the first two states are set to expire in 2023, while Palau’s is set to expire in 2024.