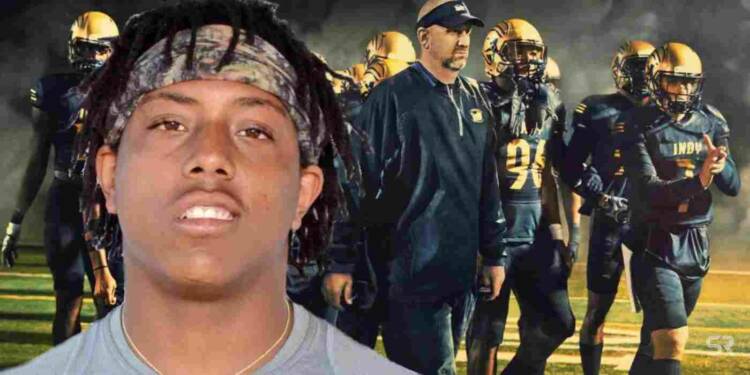 Bobby Bruce is a former college football player and web series actor. He is known for his Netflix web series Last Chance U. There is no data available on the internet about him. However we have collected some data from various sources we think is reliable. Bobby Bruce is a native of Titusville, Florida and was born in 1997.

Bobby Bruce has not been active on twitter since 2021 and tweeted for the last time in March 2021. His account can be reached at @bobbybruce20 and has been followed by over 32k people.

How did he become a footballer?

Bruce’s older cousin, Johntay Gowdie, was a gifted football player. Bruce, who was 13 at the time, was playing basketball. Gowdie disappeared after leaving one of Bruce’s summer league basketball games. Gowdie had been inadvertently shot and killed by a friend, the family learned hours later. After that event he started playing football and that event changed his inclination towards football instead of basketball.

He is married to Armour Imani(can be reached on twitter at @Amour_Imaniii). They have a baby boy together. From his tweet we can assume that the baby boy was born in 2019 as he wished a birthday to his baby saying “two years old”. Bobby Bruce is the eldest of five children.

Bobby was raised by Margaret, his grandma, whom he adores. He also has a tight bond with his older brother, who has spent a decade in the military.

In his childhood, Bruce was witness to and survivor of numerous disasters and he was a basketball player. When he was seven, he witnessed a gunshot outside his home and lost his home in a fire a year later. But one of the most devastating events in Bruce’s life was the death of a relative in a shooting.

Bobby Bruce  played the role of a footballer in the webseries Last Chance U. He was in the team Pirates players. Bruce progressed through the ranks of minor football to become one of the top tacklers, and he soon found himself playing safety for the Pirates of Independence Community College. He appeared in season 3 of Netflix’s Last Chance U, which focused on the team.

He makes a cameo appearance in Season 4 as we learn more about his whereabouts. Between seasons 3 and 4, he had to deal with certain legal issues, it was disclosed. Bobby Bruce  was detained in June 2018 on suspicion of being involved in an armed robbery. According to accounts, three thieves used Snapchat to entice a guy outside his Palm Bay home before robbing him at gunpoint.

Bruce was cut from the squad after his arrest, and he concentrated his efforts on his legal battle. Due to a lack of evidence to indict him, the charges against him were dismissed.