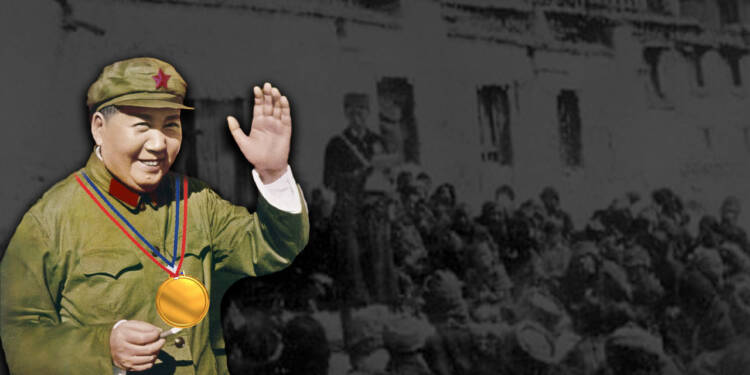 There are many brutal massacres undertaken during the reign of Mao Zedong. While all of them were brutal, if one looks at the civilisational cost of the mass murders, the case of the 1959 Tibetan massacre needs a special mention. Tibetans in the thousands stood up in protest on March 10, 1959, after nearly a decade of repression by the invading Chinese Communist PLA. They assembled in the streets of Lhasa and surrounded the Potala Palace to defend the Dalai Lama, whom they suspected of being targeted for assassination.

The protests were met with a harsh response, which claimed tens of thousands of lives both in the city and across Tibet. The Dalai Lama was pushed into exile as well, where he has stayed ever since. Every March 10th since then, events around the world have commemorated the tragedy and defiance of the Tibetan 1959 Uprising.

In the Kham and Amdo regions, which had undergone socialist reform, violent warfare between Tibetan guerillas and the PLA began in 1956. Guerrilla warfare spread to other parts of Tibet subsequently and continued until 1962. The Xunhua Incident in 1958 is seen by some as a forerunner of the Tibetan rebellion. 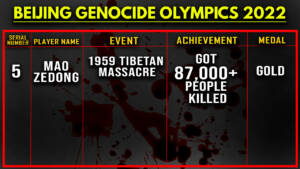 Kham was in shambles by 1957. The attacks by resistance fighters and retaliation by the People’s Liberation Army against Khampa resistance groups like the Chushi Gangdruk became increasingly savage. Guerrilla forces exploited Kham’s monastery networks to transport messages and shelter rebels. The Chinese authorities carried out punitive strikes against Tibetan villages and monasteries.

Chinese military commanders threatened to bomb the Potala Palace and the Dalai Lama, according to Tibetan refugees, in an attempt to terrify the guerilla forces into submission. Lhasa stuck to the seventeen-point agreement and dispatched a delegation to Kham to put down the insurgency. The delegation instead joined the resistance after conversing with the rebel commanders. Kham leaders contacted the CIA, but President Dwight D. Eisenhower’s CIA insisted on receiving an official request from Lhasa before assisting the insurgents. Lhasa remained motionless.

Without receiving news from Lhasa, the CIA proceeded to provide clandestine assistance for the rebellion. By that time, the rebellion had spread to Lhasa, which had become overrun with Amdo and Kham refugees. Within the city of Lhasa, opposition to China’s presence in Tibet grew.

The Rebellion and the ensuing massacre

According to historian Tsering Shakya, several Tibetan government officials were concerned that arrangements were being made for the Dalai Lama’s kidnapping by the Chinese, and spread the word to the people of Lhasa. Thousands of Tibetans surrounded the Dalai Lama’s palace on March 10 to prevent him from leaving or being removed. The large throng had gathered in reaction to rumours that the Dalai Lama would be arrested if he attended a cultural performance at the PLA’s headquarters. Though Chinese forces had clashed with rebels outside the city in December of the previous year, this signified the start of the revolt in Lhasa.

Although CCP officials said that the storey originated in Lhasa’s “reactionary high stratum,” there is no way to pinpoint the exact source. Against first, the violence was intended at Tibetan officials who were thought to have failed to defend the Dalai Lama or to be pro-China; later, attacks on the Chinese were launched. One of the first victims of the mob was a prominent lama, Pagbalha Soinam Gyamco, who worked with the PRC as a member of the Tibetan Autonomous Region’s Preparatory Committee and was killed and his body hauled for two kilometres in front of the throng by a horse (1.2 mi).

“There was a massive insurrection against Chinese rule in Tibet in March 1959,” Colin Mackerras writes, “which was put down at the expense of considerable slaughter and lifelong bitterness on the Tibetans’ part.” According to the Tibetan government-in-exile, 85,000, 86,000, and 87,000 Tibetans died during the insurrection, which was blamed on “secret Chinese documents obtained by guerrillas.” “The truth of such a storey is impossible to establish,” Tibetologist Tom Grunfeld stated. The “secret documents” come from a 1960 PLA report recovered by rebels in 1966, according to Warren W. Smith of Radio Free Asia, with the data first published by the TGIE in India in 1990.

Smith claims that the documents stated that 87,000 “enemy” were “eliminated,” but unlike the TGIE, he does not interpret “eliminated” to indicate “killed.” After three fact-finding missions from 1979 to 1981, a Tibetan Government in Exile (TGIE) official named Samdup issued a report for Asia Watch, claiming that a speech by Premier Zhou Enlai was published in Beijing Review in 1980 confirmed the 87,000 figure.

While the number may not seem large, given the sparse density of the people on the Tibet plateau, the numbers were way higher than one can imagine. They were enough to destroy a civilisation that had existed for centuries.