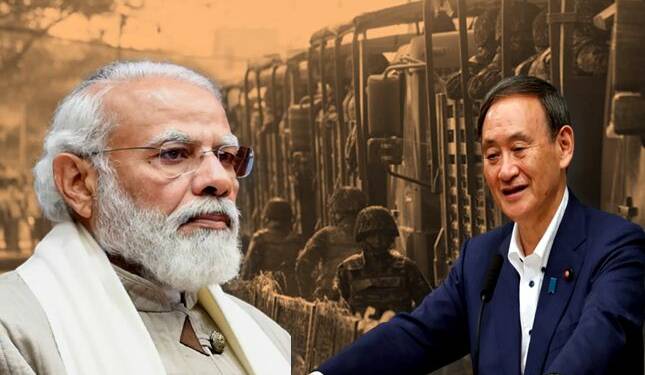 China facing arson, murders and vandalism from local ethnic minorities is no new story. It happens whenever the communist regime tries to solidify its presence over a particular region. At present, it is facing the ire of local communities in Africa, the Solomon Islands in the Pacific, Pakistan-administered Balochistan in South Asia and now as it goes, even Myanmar in Southeast Asia.

China is known to buy out political influence in small but strategically located countries. And then it uses this influence for grabbing territories and looting the resources that legitimately belong to indigenous communities and local ethnic groups. So, no doubt, China faces a lot of resistance. In Myanmar, it is facing a virtual war at the hands of local armed groups. And it may be India and Japan who are instigating local sentiment against Beijing.

In the latest development, an off-take station of China-backed oil and gas pipeline was damaged, following an attack by a local resistance group against the Burmese military guarding the facility located in Mandalay Region’s Natogyi Township in Myanmar.

The incident took place on Monday at around 2 A.M., when the Natogyi-People’s Defense Force (NPDF) used two rifle grenades for attacking the regime personnel at the station. NDPF spokesperson Ko Twantay informed that the wall of the off-take station was smashed in the process.

The local resistance group believes that the Myanmar military suffered casualties in the attack. Twantay however said, “We just targeted the regime forces, not the pipeline station.” The off-take station that came under attack is based on a 973 km pipe that runs through the Magwe and Mandalay regions of Myanmar and Shan State to China’s Yunnan Province

This is an important Chinese infrastructure project in Myanmar and connects China’s Yunnan province to the Shwe gas field in the Bay of Bengal.

While the attack at the off-take station was one such event, anti-Chinese sentiment has been at its peak in Myanmar following the military coup that took place in February last year. Many Burmese people interpreted the development as political interference by Beijing and believed that the coup was backed by the Chinese government. There were boycott calls against Chinese products too, apart from threats to blow up China-backed pipelines in the country if Beijing refused to condemn the military regime.

In any case, a worried China had requested the military regime to enhance security for the pipelines, which was acted upon by the Myanmar military. However, the attacks have continued unabated. Ethnic armed groups that blame the Myanmar military for persecuting local civilians have also started their hate for the Chinese because they see them as an enabler of the military’s repressive actions.

However, local ethnic groups have developed a deep hatred for Beijing and such attacks are becoming a matter of routine in Myanmar.

Are Japan and India making China’s life difficult in Myanmar?

After the installation of a military regime in Myanmar and the marginalisation of the West, India and Japan are the only powers that still exercise some influence in the Southeast Asian country. Japan enjoys a lot of clout in Myanmar. Japanese businesses have expressed a desire to maintain a presence in the country even after the military coup. Moreover, Japanese individuals and the government have always enjoyed ample goodwill in the Southeast Asian nation.

Japan holds good moral and persuasive influence over the ethnic armed groups in the country that are attacking Chinese interests today. It has successfully facilitated negotiations, ceasefire agreements and peace efforts between such groups and the civilian government in the past. The Japanese are widely respected by ethnic groups in Myanmar because Tokyo has been instrumental in rendering humanitarian assistance to the conflict-ridden regions in the country. So, Japan has a lot of connections that it can use in Myanmar to affect Chinese investments.

And in any case, Japan wouldn’t be happy to let China exercise absolute control in Myanmar, because Tokyo has its own business and strategic interests to guard in Southeast Asia. As for India, ousting China from Myanmar is of prior concern. China has used the Arakan Army (AA) based in Myanmar to hurt India’s interests. In Myanmar, China had a good rapport with AA, which is why the armed group never targeted the Chinese deep seaport at Kyaukphyu but constantly engaged in disrupting India’s ambitious Kaladan project in Myanmar by kidnapping India’s road and bridge construction workers.

When Aung San Suu Kyi was in power, India and Myanmar maintained good ties. The Indian Army had even conducted surgical strikes against an armed group in Myanmar’s territory. The two countries coordinated their military operations on both sides of the border. However, after the military coup in 2021, the Myanmar military has been warming up to China, which poses significant security and strategic risk for India. Such is the case that, India wouldn’t mind if local armed groups start hitting back at Chinese investments in Myanmar.

The ongoing attacks by local armed groups are also a message of sorts for the Myanmar military as India and Japan are big powers with significant interests in Myanmar. The military regime cannot simply sit in China’s lap and side-track New Delhi or Tokyo. It would have to maintain a balance or else things can tide away in the wrong direction.