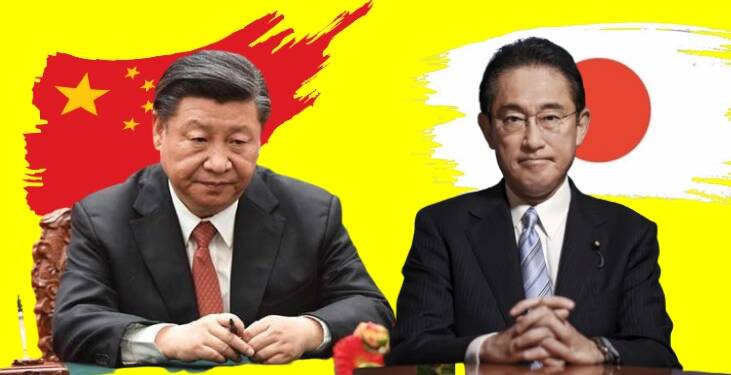 If any development has really hurt China over the past two years, it has to be the exodus of Japanese companies from the communist country. Tokyo has tactfully set this phase-wise exodus in motion so that this transition goes smoothly for Japan but gives night terrors to the Chinese economy.

The campaign to bring all Japanese companies out of China was kickstarted by former Japanese Prime Minister Shinzo Abe in 2020.

Tokyo had then announced an incentive package of $653 million to encourage Japanese companies to dump China and set their production bases in either Japan or any Southeast Asian nation.

Now under the leadership of current Prime Minister Fumio Kishida, Japan is giving a final push to Japanese companies working abroad in a bid to render their supply chains utterly China-free. And to bring this ambition to reality, Japan has now hit China with a human rights club straight on its head.

Read More: 87 companies to pack up and leave: Japan begins the undoing of China’s economic might

On Tuesday, the Japanese government announced that it will draw up guidelines to help companies prevent human rights abuses across the nation’s supply chains.

Even a minute element of human rights violation in its supply chains can hamper the trading ability of a Japanese company working abroad or a foreign company working in Japan.

Japan’s industry minister Koichi Hagiuda said, “based on discussions on international cooperation and other factors, we’ll consider further measures, including the possibility of formulating legislation to tackle human rights abuses in supply chains.”

Only last December, Prime Minister Fumio Kishida had appointed former Defense Minister Gen Nakatani to a new post of human rights adviser. Now the advisor has warned the companies to comply with new regulations “as soon as possible” to avoid any disruptions in their business.

The final exodus of Japanese companies from China

We know how slavery and forced labour constitute an indispensable role in the Chinese supply chains. State-sponsored programs in China, out of which some are even funded by the World Bank and its subsidiaries, have been accused of promoting child labour and human rights abuses in the Xinjiang province.

Why China would be the biggest target?

So, even if the Japanese human rights law doesn’t mention “China” by name, it’s shaped in a way to hurts the Chinese economy. China’s precarious regime can’t guarantee human rights to all of its citizens, especially those who live in conflict-ridden regions like Inner Mongolia, Tibet, Xinjiang and Hong Kong.